The evidence from Predynastic Kemet (Ancient Egypt) suggests that the true builders of the pyramids were not a race of alien giants with elongated craniums, as some fringe theories suggest, but rather the ancient Egyptians themselves. Using a combination of manual labor and simple technology, the ancient Egyptians were able to construct these monumental structures using millions of tons of fine-finished granite and limestone blocks, some of which were transported over 1,000 miles.

“Debunking the Myth: The Ancient Egyptians as the True Builders of the Pyramids” 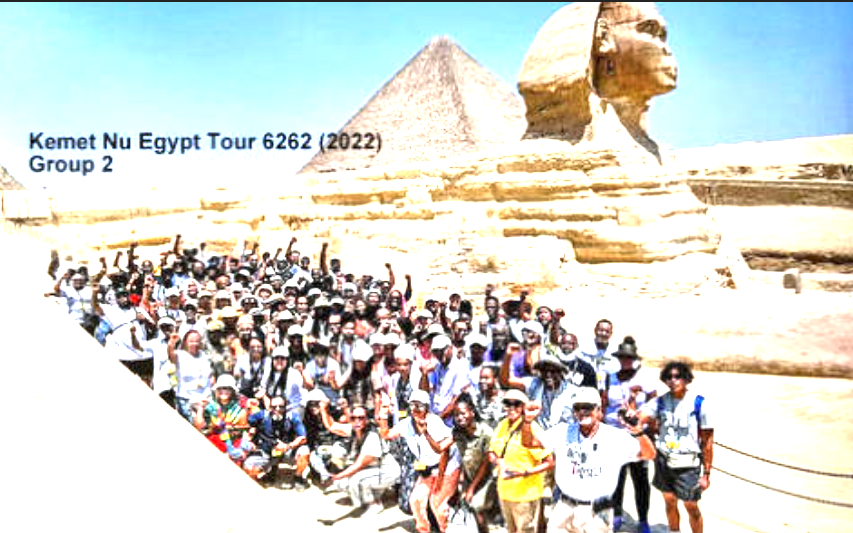 Unfortunately, this theory about the pyramids being built by alien giants with elongated craniums is not supported by any scientific evidence and is considered to be a fringe theory.

The pyramids of Ancient Egypt were built during the Predynastic period, around 2500 BC. These monumental structures were built by the ancient Egyptians using a combination of simple tools and complex engineering techniques.

The ancient Egyptians were skilled engineers and architects who were able to design and construct these massive structures using a combination of manual labor and simple technology. They used a variety of tools, including copper chisels, hammers, and wooden levers, to shape and move the large limestone and granite blocks that make up the pyramid.

The ancient Egyptians also used a system of ramps and pulleys to move the blocks up the pyramid as it was being built. This system allowed them to move the blocks with relative ease and efficiency, despite their massive size and weight.

It is important to note that the pyramids were not built by slaves, as is often portrayed in popular culture. The ancient Egyptians had a highly organized workforce that included skilled craftsmen, engineers, and laborers. These workers were well-fed, well-housed and respected members of the community who were responsible for building the pyramids.

In conclusion, the pyramids were built by the ancient Egyptians using their own technology and expertise, and not by alien giants. This is supported by the evidence from archaeology, and Egyptology, as well as the study of ancient technology and engineering. The idea that aliens built the pyramids is a fringe theory that lacks any scientific evidence.