We have three videos of three different cases of UFO sightings that took place in the Netherlands.

The first UFO at the beginning seems to have a triangular shape, but after a few seconds, we can see that the 3 lights of the 3 corners are flying individuals in different directions. 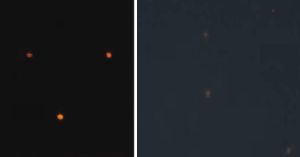 Note that in the second video the slowed-down version is surprisingly similar, if not exactly, as the ship reported in Roswell and compared to the tester model and the UFO Crash book in Roswell, by Donald R. Schmitt. 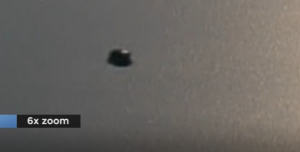 It has a black canopy nose, some small wings, a kind of stingray around the body, and most importantly, a small tail sticking out from the back of the ship. Has anyone noticed this?

The third UFO is also spectacular, it is triangular in shape. 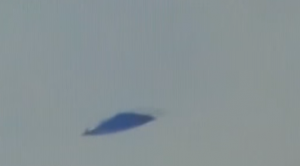 The term “UFO” (or “UFOB”) was coined in 1953 by the United States Air Force (USAF) to serve as a catch for all such reports. In its original definition, the USAF stated that a “UFOB” was “any airborne object which, by performance, aerodynamic or unusual function, does not correspond to any known aircraft or missile type, or which cannot be positively identified as a known object.” Consequently, the term was initially limited to the fraction of cases that remained unidentified after investigation, because the USAF was interested in potential national security reasons and “technical aspects” (see Air Force Regulation 200-2).

In the late 1940s and throughout the 1950s, UFOs were often referred to as “flying saucers” or “flying saucers”. The concept of UFO became more widespread during the 1950s, first in technical literature, but later in popular use. UFOs gained a great deal of interest during the Cold War, an era associated with an increased concern for national security, and more recently during the 2010s for unexplained reasons. Nevertheless, various studies have concluded that the phenomenon does not pose a threat to national security, nor does it contain anything worthy of scientific purpose (eg 1951 Flying Saucer Working Party, 1953 CIA Robertson Panel, USAF Project Blue Book, Condon Committee).

Studies have shown that the majority of UFO sightings are misidentified conventional objects or natural phenomena – usually aircraft, balloons including skylights, satellites and astronomical objects such as meteors, bright stars, and planets. A small percentage is a hoax.

Fewer than 10% of the reported observations remain unexplained after proper investigation and can, therefore, be classified as unidentified in the strict sense. While proponents of the extraterrestrial hypothesis (ETH) suggest that these unexplained reports are of alien spacecraft, the null hypothesis cannot be ruled out that these reports are simply other more prosaic phenomena that cannot be identified due to lack of complete information or due to the necessary the subjectivity of the reports. Instead of accepting the null hypothesis, UFO enthusiasts tend to engage in special posts by offering outlandish, untested explanations for ETH’s validity. These violate Occam’s razor.