This is how fuel can be manufactured on Mars

How fuel can be manufactured on Mars

Don’t forget to bring water on your trip to Mars. It can be split into hydrogen and used as fuel. An international research group has shown that artificial photosynthesis can be used in near-zero gravity.

Through photosynthesis, plants convert solar energy and water into nutrients and oxygen. This process hopes researchers can mimic and improve for large-scale renewable energy generation.

The technique of artificial photosynthesis has been developed for different uses on earth but has not previously been explored for long space travel.
Now a group of scientists from Germany, China, and the United States has tested the technology to produce hydrogen and oxygen in near zero-gravity states.

The researchers first developed an efficient photoelectrochemical cell that can split water using sunlight. Then they performed a series of experiments in which a capsule was allowed to fall freely for nine seconds to simulate a low gravity condition.

Insights for improvement on earth

They found that the absence of gravity reduced the cleavage activity because bubbles remained long on the cell’s surfaces. But by adjusting the internal shape of the cell at the nano level, the researchers were able to get the bubbles released faster. In this way, they gained momentum on the cleavage in near-zero gravity.

The researchers conclude that the technology can be used to produce breathable oxygen and hydrogen, which can be used as fuel for various types of equipment, during long space travel. They also believe that the work provides insights into how solar-powered water splitting can be improved on earth. 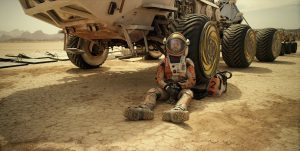 The research group has been led by Katharina Brinkert at the California Institute of Technology. The results are published in the journal Nature Communications this week.