When most people think of ancient Egyptian art, they usually imagine large and imposing statues of pharaohs and gods. But what if I told you that there was an ancient Egyptian temple that contained two colossal sphinxes-statues that are made from limestone? Well, it’s true! A group of people who have been working on restoring the temple for over twelve years recently made this amazing discovery. And not only are these sphinxes impressive, but they were also sculpted from one piece of a rock-a a rarity for ancient Egyptian art. This find is fascinating because it sheds light on how the Egyptians may have altered their own artwork over time.

A team of archaeologists, restoration experts, and art historians are currently working on restoring the Egyptian temple known as Speos Artemidos. It is located in the Al-Kabbash area which is about six miles east of Luxor. The temple got its name from Egyptian mythology where it was said that the gods Amun and Ra emerged from a sacred cave there. It also goes by the name “Kom el-Ahmar.”

This temple is very old, dating back at least 2,000 years to the Greek and Roman era of ancient Egypt. There are several chambers inside it that contain artifacts such as statues of gods and goddesses like Hathor, Bes, Ptah, and Sobek. One chamber is dedicated to the god Horus while another is home to a large cult statue of Amun. 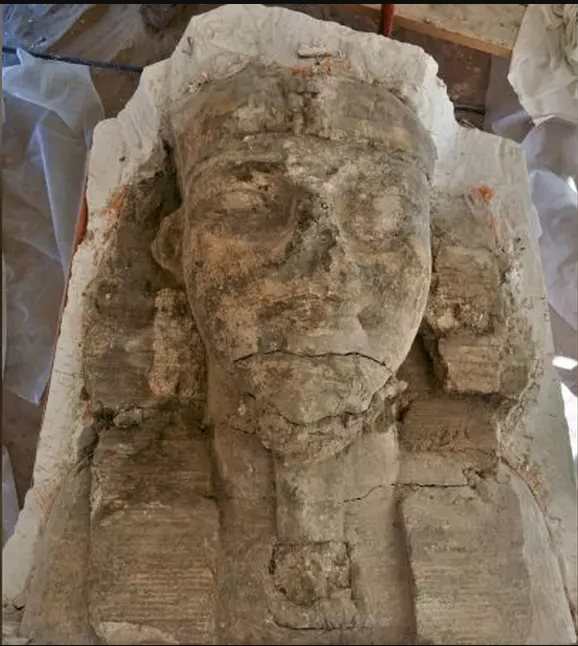 The temple has been around for many generations, but it never seemed to be completed or fully functional. That being said, most people believed that it was used as a kind of memorial site where someone would go to honor the ancient Egyptian gods.

“There is no evidence of a temple being built there,” says Dr. Ayman Ashmawy, an archaeologist who leads the restoration team for Egypt’s Ministry of Antiquities. “So we think it was a kind of memorial temple to remind the locals about the presence of their gods.”

In January of this year, a French art historian by the name of Dr. Christine Lilyquist was working on a site map for the restoration team. She went into one room that had been closed off for decades and discovered an ancient doorway that led to another chamber.

And that chamber was home to two large sphinxes-statues with the body of a lion and the head of a king or a god. They are about 20 feet long, 10 feet high, and made from one piece of rock.

These sphinxes were originally sculpted from limestone, but they had been cut up into pieces and reassembled during a different time period, possibly during Roman times, according to Dr. Ashmawy.

“Normally, this kind of sphinx is a statue with the body of a lion and the head of a king,” says Dr. Ashmawy. “So that means that they wanted to change these heads into another king or god.” 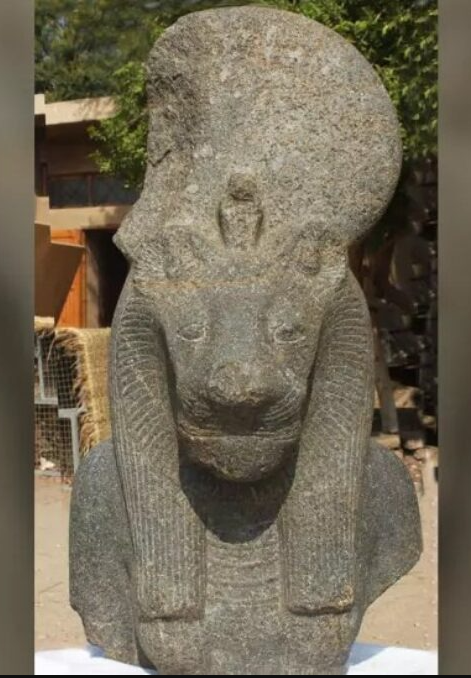 Dr. Lilyquist estimates that the limestone used for the sphinxes was probably quarried from a site known as Mons Claudianus. It is located in the Eastern Desert along the Red Sea, and it was once home to an ancient Roman quarry.

Speos Artemidos is one of many temples that were built during the reigns of some pharaohs like Ptolemy VI (180-145 BC) and Ptolemy VIII (150-116 BC). These temples were often damaged or destroyed, but they’ve managed to survive for thousands of years. And these two sphinxes are only the latest discovery inside this ancient temple.

“It is indeed an extraordinary find,” says Dr. Ashmawy who has been working on archaeological sites in Egypt for more than 35 years. “We know that the temple was built during the first century BC and we believe these sphinxes date back to this era as well.”

It is still somewhat unclear why these sphinxes were originally made from just one piece of rock. However, there are several theories as to why they were reassembled during a later time period.

“It could have been done during the Ptolemaic Period when they were having a kind of revival,” says Dr. Lilyquist. “They were very interested in using older material and reusing it.”

“Another theory is that these sphinxes may have originally been installed at an earlier site and for some reason, they were moved and later reassembled in Speos Artemidos,” says Dr. Lilyquist.

“The temple was closed for years, so the surrounding area became very neglected,” says Dr. Ashmawy. “People would go there to dump their garbage, so perhaps this is why the sphinxes were cut up and later reassembled in the temple.”

Sphinxes were often placed in front of ancient Egyptian temples. In fact, there are many sphinxes at Giza, where the Great Sphinx is located along with two smaller ones. And when Napoleon Bonaparte’s military expedition arrived in Egypt in 1798, they actually found a sphinx that belonged to King Psamtik II (595-589 BC).