There are many cryptids in the world, ranging from small and furry creatures to enormous water-dwelling monsters. But of all the cryptids out there, none is more mysterious than the Ningen. This giant humanoid creature has been sighted by Japanese fishermen and scientists for many years, but despite numerous sightings, there is still no concrete evidence to support its existence.

So, what is the Ningen? Some say it is a hoax, while others believe it could be a real, undiscovered species. No one knows for sure, but the legend of the Ningen continues to fascinate people all over the world.

There are many cryptids in the world, and each has its own unique story and legend.

Some of the most famous cryptids include the Loch Ness Monster, Bigfoot, the Yeti, and the Chupacabra. Each of these creatures has been sighted by people all over the world, but there is still no concrete evidence to support their existence.

The Ningen is just one of many cryptids, but its story is particularly mysterious. This giant humanoid creature is said to roam the Arctic oceans, and it has been sighted by Japanese fishermen and scientists for many years. Despite numerous sightings, however, there is still no concrete evidence to support the Ningen’s existence. 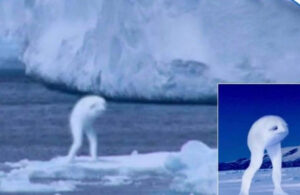 The Ningen is a cryptid that is said to inhabit the Antarctic seas. It is described as being human-like in appearance, with pale skin and long, arms that dangle below the knee. Some reports also suggest that the Ningen has webbed fingers and toes.

The creature is said to be between 10 and 30 feet in length, and some eyewitnesses have claimed that it has a fin or fluke on its back. The first reported sighting of the Ningen was in 1892 when a group of Japanese scientists observed what they thought was human swimming in the water near Antarctica. 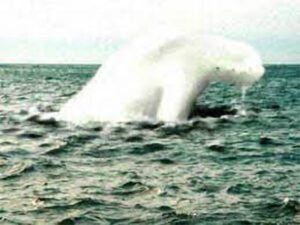 Since then, there have been several other sightings of the creature, but no definitive proof of its existence has been found. Nevertheless, the legend of the Ningen continues to fascinate those who believe that this strange creature may still be out there, lurking in the icy waters of the Antarctic.

Do you believe in the Ningen? Have you ever seen this cryptid yourself? Let us know in the comments below!