The majority are women and girls:The Rohingya crisis a year later: almost one million Rohingya refugees are now in Bangladesh.

The Rohingya are an ethnic minority group in Myanmar who have been denied citizenship in the country since 1982 and have been fleeing to neighboring Bangladesh for nearly three decades to escape the violent attacks they are repeatedly subjected to by the Burmese military.
One year ago, the flow of refugees to Bangladesh increased sharply after the violence against the Rohingya escalated. The military in Myanmar began carrying out attacks that have come to be known as ethnic cleansing and genocide by the minority group. Among the 918,936 refugees (June 2018) who came to the Cox Bazar area in Bangladesh are
52% of women and girls of which 16% are single mothers, according to UN Women. 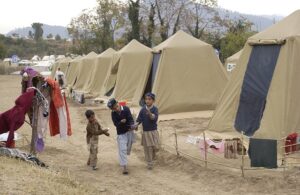 How does the Rohingya crisis affect children?

In Myanmar, most Rohingya have no legal identity or citizenship and statelessness remains a major concern. Rohingya children in the state of Rakhine end up with violence, forced relocation and restrictions on free movement. The problem is compounded by the growing conflict between the armed forces in Myanmar and the Arakan army, which is affecting all children in the state and displacing an estimated 75,000 people by 2020.

Before conditions are in place in Myanmar that enable Rohingya families to return home with fundamental rights – security from violence, citizenship, free movement, health and education – they become trapped as refugees or internally displaced persons living in overcrowded and sometimes dangerous conditions. 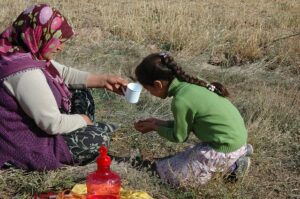 UN Women works on site in Bangladesh to make it easier for women and girls, among other things by distributing “Dignity Kits” containing soap, clothes, blankets, menstrual pads and solar energy lamps. UN Women has also established so-called “Safe Spaces” areas where women can breastfeed and take care of their children and go to the toilet in peace.
In January 2018, UN Women, together with ActionAid and with the support of the UN Women National Committee Australia, built the first “Multi-Purpose Women’s Center” for women in the Bhalukhali Camp in Cox Bazar.
About 70 women come to the center daily and so far more than 15,000 women and girls have received help in various ways thanks to the center.

Previous Post“100 years of exploitation – is the Lule River beyond all rescue?”Next PostSchamroth Test – Can lung cancer really be traced back with a simple finger test?