The Dyatlov Pass incident is arguably one of the most bizarre unsolved mysteries in history. In 1959, nine hikers from a Soviet school went on a hiking trip in the Urals and never returned.

Though early investigations concluded that they had panicked and fled their tents after seeing an unknown creature, many researchers have disputed this theory over the years. The case still remains unsolved and even with new evidence and theories that have surfaced, we may never know exactly what happened to those poor hikers on that fateful night.

4. Theories about what happened

5. My thoughts on the incident

It was early February when the group of nine hikers, all students at the Ural Polytechnical Institute, set out on their journey. They were experienced hikers and had planned to hike for about two weeks through the snow-covered mountains. The group consisted of Igor Dyatlov, the team leader, as well as Zina Kolmogorova, Lyudmila Dubinina, Alexander Kolevatov, Yuri Doroshenko, Rustem Slobodin, Nicolai Thibeaux-Brignolles, Yuri Yudin, and Semyon Zolotaryov. 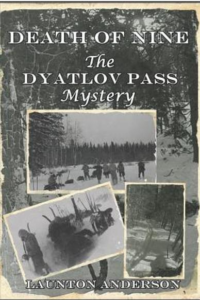 On the evening of February 2nd, the hikers made camp at the edge of a forest. The next morning, they got up and continued their hike. A few hours later, they came across strange footprints in the snow that was not made by any of their own group members. The hikers took photos of the footprints and continued on their way.

Later that day, they arrived at a mountain pass that would take them down into a valley on the other side. But instead of going down into the valley, the hikers decided to camp for the night at the top of the pass. It is not clear why they made this decision, as it would have been much easier to make camp in the valley below.

The next day, February 4th, the hikers began making their way down the mountain. But soon, they ran into trouble. One of the hikers, Yuri Yudin, suddenly became ill and had to turn back. The rest of the group continued on without him. Yudin made his way back to the last town before the mountain pass and told the authorities what had happened. He then went home, as he was too ill to continue the journey. The rest of the group, meanwhile, continued down into the valley.

Later that day, they arrived at a small ravine. It is not clear why, but the group decided to camp here for the night instead of continuing on. The following day, February 5th, they began making their way up the other side of the ravine.

But before long, they ran into even more trouble. A severe snowstorm hit and the hikers were soon lost. They build a fire to try and signal for help, but no one came. The storm continued to rage and the temperatures dropped below freezing.

The hikers then made the decision to build a shelter out of the snow. They cut down some tree branches to use as support and covered the shelter with their tent. It was a risky move, as they were now exposed to the cold and could easily have been buried alive by the snow.

But it was their only choice. They huddled together in the shelter and tried to stay warm. The storm raged on for days and food and water quickly ran out. Finally, on the night of February 12th, the storm subsided.

The hikers then made the decision to leave the shelter in search of help. But before they could leave, two of the hikers, Doroshenko and Kolmogorova, suddenly died. It is not clear why they died, as they showed no signs of injury.

The remaining seven hikers then decided to leave the shelter and continue down the mountain. But before long, they ran into more trouble. The snow was now so deep that they could barely move. They also began to experience hallucinations and delusions.

Slobodin, one of the hikers, suddenly ran off into the snow and was never seen again. The others continued on, but they were now very weak and exhausted. And then, on the night of February 26th, they finally ran out of strength.

They made a final camp in a small ravine and huddled together for warmth. But it was too late. One by one, the hikers died of hypothermia and exposure to the cold. The last to die were Dyatlov, Kolevatov, and Dubinina. They were found lying next to each other, embracing in an attempt to stay warm. 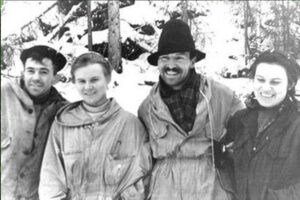 When the bodies were finally found, it was clear that something strange had happened. Some bodies were missing eyes, tongues, and teeth. Others had strange bruises on their heads and chests. And all the bodies were severely frostbitten.

The cause of death for all nine hikers was officially listed as hypothermia. But many people believe that something else happened that night. Some say that the hikers were killed by an avalanche or a landslide. Others believe that they were attacked by a Yeti or some other creature.

Whatever the case may be, the Dyatlov Pass incident remains one of the most mysterious events in history. And it is unlikely that we will ever know exactly what happened that fateful night in February 1959. 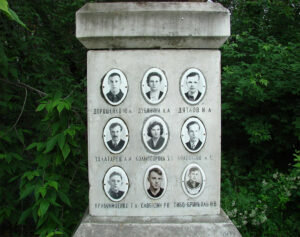 There is no definitive answer to this question. There are many theories about what caused the deaths of the nine hikers in the Dyatlov Pass, and no one can say for sure what happened that fateful night.

This theory suggests that the hikers stumbled upon a secret military test site and were killed to cover up the incident. However, there is no evidence to support this theory, and it remains purely speculative.