The Oak Island Secret Treasure has been the source of numerous treasure hunts, conspiracies, and legends for centuries! Archeological digs have found evidence of human activity dating back to the early 1800s, including coins and pieces of jewelry made from gold. What are these treasures? And how did they get there?

Come take a look at this mystery to see if you can solve it before anyone else does!

The story begins in 1795 when three teenage boys were looking for buried treasure on Oak Island near Nova Scotia, Canada. The boys discovered an old oak log about 30 feet long protruding out of the ground. They began digging around it, only to find that what was below was far more interesting than anything they could have imagined: a large depression in the ground with wooden platforms every so often. The boys found a large circular stone that they tried to pull up, but it was too heavy. One of the boys would always be on guard, since there were no other entrances to this underground cavity except for the hole that they had just dug.

The group came back with shovels and other equipment in order to dig deeper to see what was at the bottom. Before they could begin, however, one of them fell into a deep hole that opened up unexpectedly in the ground. This seemed like a bad omen, so they decided not to continue digging and went back to their community empty-handed. They told everyone about their discovery, but nobody believed them.

About one year later, the same group of boys came back with 5 other people to help dig deeper into this mysterious hole that they had discovered. They dug down another 60 feet before they reached a platform made out of oak logs every 10 feet apart from each other. They drilled through one of these logs and found that it was soft and spongy on the inside, but there was something solid in the middle. Furthermore, they had no way of knowing what was in between these wooden layers, so they decided to stop digging. They filled up this deep pit back up with dirt and called it quits for good.

The boys might have given up right then and there, but a man named Simeon Lynds heard about the Oak Island Secret Treasure and decided to take a look. In 1849, he started drilling for treasure on this island, where many have gone before, but only a few have returned alive. He drilled down another 80 feet so that he could see what was inside the wooden layers of the log platforms that were previously created. He found nothing but more spongy wood, so he decided to give up too. Before he could pull his drill bit out of the ground, it snapped off in the middle of the hole! This was not a good sign at all. 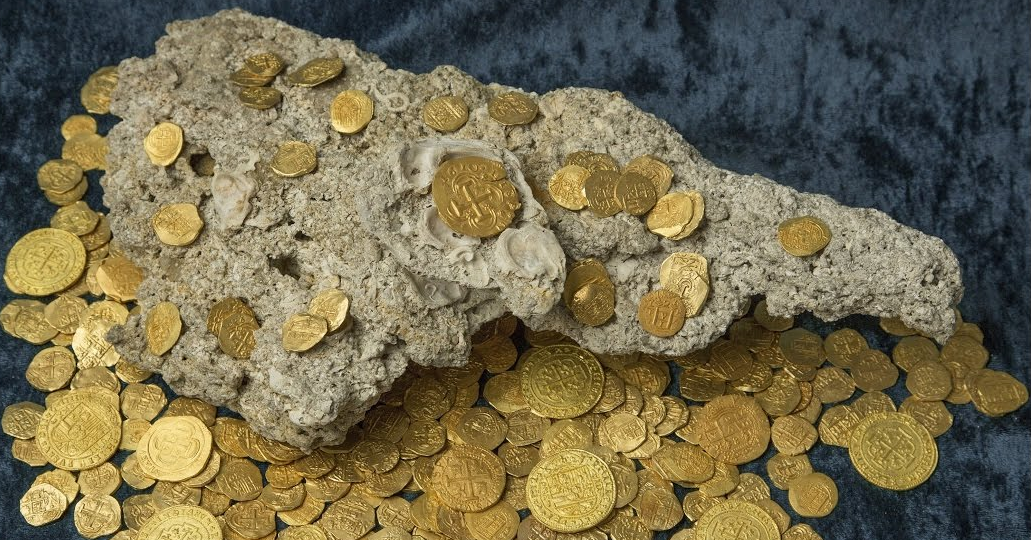 After this discovery, even more, people came to try to get to the bottom of this Oak Island Secret Treasure, but none were successful. Between 1850 and 1910, numerous attempts were made at reaching the treasure hidden deep within this mysterious island. Everything from drilling through more logs to building elaborate water pumps failed due to a lack of funds and accidents that happened along the way.

Charles and John Smith were two of the most successful treasure seekers on Oak Island. They made it down almost 100 feet into the ground using a drill bit that had been salvaged from previous attempts. What they found was intriguing; several layers of wooden platforms, some dirt and more spongy wood, but no treasure… Yet.

One day Charles went back to dig further but was overcome with fumes of what smelled like rotten eggs. He became very sick and had to get out of the pit immediately. When he came back, there was no longer any rotten egg smell. This started a whole new series of events in which “the Curse of Oak Island” began!