Hi, I have always been fascinated by evolution, even two days ago I heard children in the park saying that we evolved from monkeys.
Evolution is a fascinating theory, except that we do not understand that it stopped. I honestly don’t think so, I don’t think my Strom was a monkey.

We want to see first what is Darwin’s Theory of Evolution?

Darwinism is a theory of biological evolution developed by the English naturalist Charles Darwin (1809-1882) and others, which states that all species of organisms arise and develop through the natural selection of small inherited variations that increase the individual’s ability to compete, survive, and reproduce

Which of these claims do you think is false or unreasonable?
1. All descendants are slightly different from their parents.
2. Some of these differences make survival and reproduction more or less likely in a given environment.
3. When the members of a species are separated into different environments, different traits become advantageous.
4. When the resulting differences between the separate groups become so large that they can no longer reproduce successfully with each other, they become different species.

More than 500 scientists have stated that they completely reject Darwin’s theory of evolution. According to them, this theory was quite interesting in the 19th century, but we have learned many things since then that question the arguments proposed by Darwin. These experts created what is called “A Scientific Dissent of Darwinism”.

There are several theories that should be discussed and this group is not the only one who goes against these theories. The theory of evolution is very difficult for the population and the scientific world, which is one of the many reasons why this research group shows their concerns.

An example comes from Francis Crick, Nobel laureate and CO discoverer of DNA Double Helix. Francis Crick believes that the blocks of life as complex as DNA must be the result of something that is far more complicated and important than just occasions. Francis Crick does not leave aside the opportunity to intervene with superior intelligent beings in our development.

In addition, human intuition seems to lead to something more important and transcending. 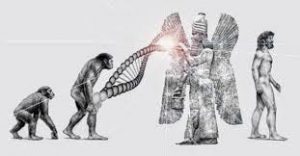 We still have many unanswered questions, and we may one day find the truth about our own origins.