Pyramids and Sphinx were immersed?! Probably both the Egyptian pyramids and the Sphinx of the Giza Plateau are much older than experts suggest. It is possible that these structures may precede Egyptian civilization.

According to the researchers, there is highly convincing evidence that the entire plateau has been flooded in the past.

One of the many theories is that pyramids and sphinx could be some megalithic structures that survived the Great Flood. 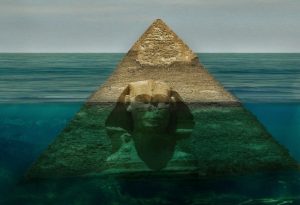 Experts suggested that the erosion characteristics in the first twenty fields of the Great Pyramid are due to deep water saturation.

What we don’t yet know is who actually built the pyramids and the Sphinx, as there are countless theories about their origins.

Or perhaps the greatest mystery is not who built them, but how humans manage to align the pyramids of Giza with such precision. According to the researchers, in 10,450 BC, the Sphinx and the three pyramids aligned with the constellation Orion. 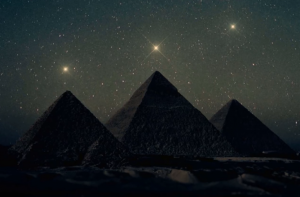 However, the most surprising fact is the erosion shown throughout the Giza plateau, which led researchers to believe that many areas of this site might have ever been submerged under the sea.

Check out the video below for more information.

The pyramids and the Sphinx were submerged in ancient times

The erosion hypothesis of the Sphinx’s water is an inclined claim that the main type of weathering evident on the enclosure walls of the Great Sphinx was caused by prolonged and extensive precipitation, which would have preceded the time of Djedefre and Khafre, the pharaohs credited by most modern Egyptologists, who built the Great Sphinx and the Second Pyramid at Giza around 2500 BC.

Egyptologists, geologists, and others have rejected the hypothesis of water erosion and the idea of an older Sphinx, offering various alternative explanations for the cause and date of erosion.