The Pentagon has announced that they are opening a new investigation into UFO sightings in restricted US airspace. The program will investigate all kinds of possible interactions, from how aircraft and ground targets interact with the objects to the physical effects on people and animals.

This is not the first time that UFOs have been investigated by government officials; in 1947, when Kenneth Arnold reported seeing nine high-speed objects near Mount Rainier, Washington, he triggered an Air Force study called Project Blue Book (which was discontinued in 1969). Recently released footage shows unidentified flying objects appear to be flying over New York City for minutes at a time before disappearing into thin air. It’s unknown what these mysterious beings could be or where they came from, but it is clear that something strange is going on in the sky. 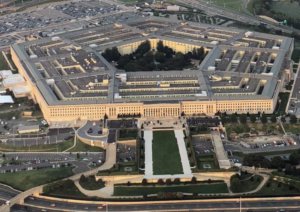 The Defense Intelligence Agency will be looking for “evidence of any technological developments or other information that may point to foreign interference,” according to a report from Politico. This news has caused fresh excitement among those who believe in UFOs and Alien life forms, and it’s renewed calls by some members of Congress for a serious scientific inquiry into the controversial topic. People have been reporting UFO sightings since the beginning of history, so it’s apparent that something weird is going on here.

The Pentagon has recently announced that they will be conducting a new investigation into UFO sightings. This decision was made after a number of videos were released of mysterious objects flying over restricted US airspace. The Defense Intelligence Agency, which falls under the Pentagon, will be leading the investigation.

This particular incident has raised concerns about national security as well as aviation safety since the objects are flying over restricted airspace without permission. The DIA will look at old cases as well as any new ones that may come up during its investigation in order to try and identify what exactly is going on with these strange aircraft. 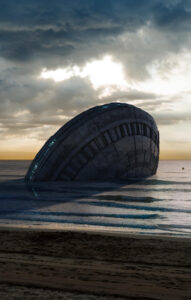 The DIA may find that these foreign objects are working in conjunction with one another, which means that the findings of their investigation could inform national security policy. This will likely help international relations, since the Pentagon should be able to better protect US interests from other countries’ activities. There are several reasons why there could be further interest in UFOs at this time, including:

1) potential hostile intent by other countries,

What do experts consider the most benign explanation for these sightings?

The most serious? Why?

What do you think could be the reason for the Pentagon’s recent decision to open a new investigation into UFOs? Do you believe in alien life forms? Let us know in the comments