NASA found the first planet potentially habitable at the same size as Earth.

The newly discovered planet, called TOI 700 d, is in a solar system about 100 light-years away.

The planet orbits a so-called dwarf star whose mass and size are about 40 percent of those of the sun.

TOI 700 d is the outermost of a total of three planets orbiting the star and, according to Nasa, is in the habitable area, just the right distance for liquid water to be present on the surface. 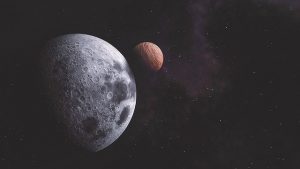 Discovered by Tess
The discovery was made by NASA’s planetary hunter, the Tess space telescope, and was made public during a meeting with the American astronomical society in Honolulu on Monday. Astronomers also used NASA’s Spitz telescope to confirm the finding, CNN reports.

TOI 700 d is one of the few potentially habitable planets discovered outside of our solar system – and the first to happen about the same size as Earth.

It is believed that the planet has so-called rotation, which means that it always has the same side as the star. According to the researchers, the planet needs 37 days to orbit the sun. 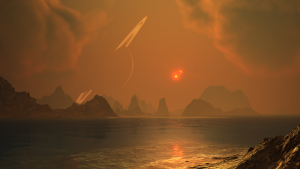 Dwarf stars sometimes give unpredictable eruptions and great energy release on the surface, so-called flames. In the eleven months that the planet was observed, scientists have not detected any such outbreaks of the star, which is said to increase the chances of the planet is habitable.

So far, knowledge about the planet is limited. But in the future, we hope, among other things, that we can find out if it has an atmosphere and finds out more about its components. 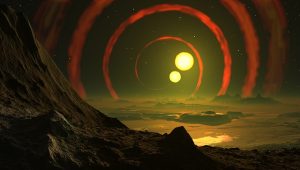 The double sun
Planet hunter Tess also discovered a planet orbiting two suns. Like the hero of the fictional space of the “Tatooine” home planet, Luke Skywalker, from the Star Wars movie series.

That planet, TOI 1338 b, is about 1,300 light-years from Earth and has a size that lies between Neptune and Saturn. The planet is believed to experience recurring solar eclipses from its two stars.