One of the greatest mysteries in the universe is one step closer to getting an answer. Astronomers have discovered eight new, repetitive signals from outer space. With more detected signals, researchers can begin to build a statistical database that can help researchers understand what they really are. 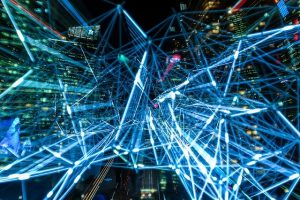 At the beginning of 2019, only a recurring signal from outer space had been detected. In January, another one was discovered. Now, The Astrophysical Journal Letters says that, with the help of the Canadian radio telescope Chime (Canadian Hydrogen Intensity Mapping Experiment), another eight signals were detected. The signals have been detected by radio data and last only for a few milliseconds. But measurements show that the signals emit more energy than 500 million solars.

Most of these signals have not seemed repetitive and unpredictable, which has made them difficult to detect. Therefore, these new, repetitive signals have become very important. Nor are they as unusual as we thought, making the possibility of tracing them back to their galaxies and what kind of environment they come from.

– I think it’s fantastic that nature can produce something like this, says physicist Ziggy Pleunis from McGill University. There is also very important information in that structure. Now we have to figure out how to interpret it to understand what these signals actually are, but it has been very fun.

– So far, you know very little about these signals. We do not yet know if all signals are repetitive, but that some have longer spans between the signals, or if there are those that only signal once. We also do not know why they are repetitive. But the new results take us a little closer to getting answers to our questions, says Ziggy Pleunis.