For decades, some people have believed that aliens from other worlds have visited Earth and even had contact with our government. Now, new research shows that this belief is more common than ever: The average American believes in extraterrestrial life by a margin of 2-to-1. Nearly 80 percent think it’s likely there’s intelligent life elsewhere in our universe, and nearly 70 percent think we’ve been visited by aliens at some point in history. But the survey also found something else: A majority of Americans who believe in UFOs think our government has kept evidence of extraterrestrial life under wraps—and only three-quarters believe it’s possible to find proof either way.

Three-quarters of Americans who believe in UFOs also think the government has covered up evidence of their existence.

In a survey of 1,000 American adults, 75% of those who believe in UFOs also think the government has covered up evidence of their existence.

The result is surprising because it suggests that many people who believe in aliens don’t necessarily want to be proven right—they already know they’re right and think the government is keeping them from finding out about aliens.

What’s more interesting than this glaring contradiction is how these attitudes differ by demographic.

Half of the respondents with doubts about extraterrestrial life think the government is hiding evidence of its existence.

So, what do people with doubts about alien life think the government is covering up? The most popular answers were evidence of extraterrestrial life and UFOs. Respondents who believe in aliens and UFOs thought the government was hiding evidence that would prove both.

Many respondents also said they believed the government was hiding information about advanced alien technology. More than half of those who believe in these things also think there’s some kind of cover-up going on! 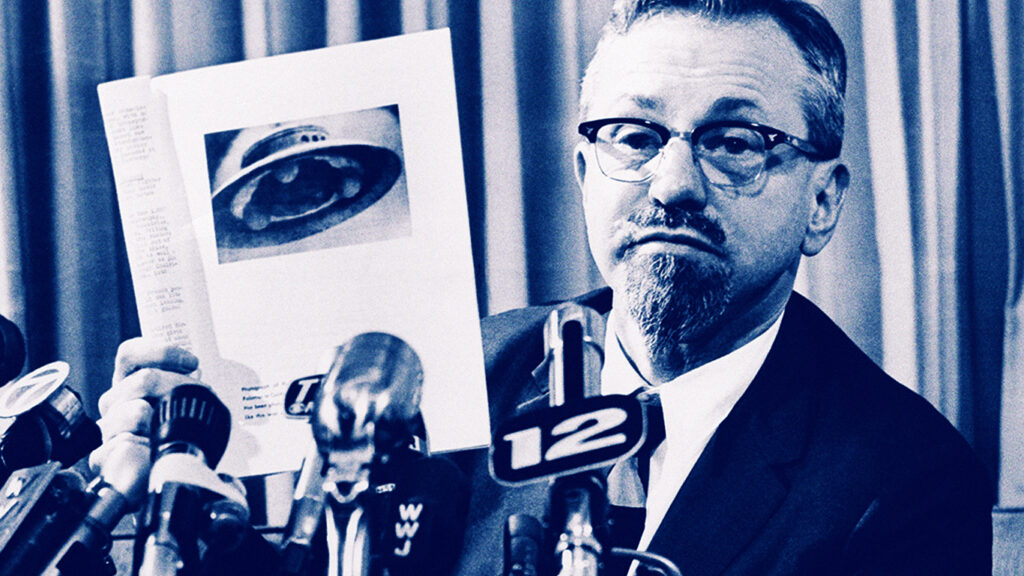 Respondents were evenly split on whether unidentified flying objects were spaceships from another world or just Earthbound aircraft.

The survey found that 49% of respondents said they believe spaceships from another world have visited Earth, while 50% said they doubt it or are uncertain.

The poll also found that 68% think the government has kept evidence of such visits secret. This belief was stronger among people who don’t believe in aliens: 72% thought so compared with 58% of those who do.

Seventy percent of people who believe in aliens think intelligent life exists elsewhere in our universe.

Seventy percent of people who believe in aliens think intelligent life exists elsewhere in our universe, and a whopping 82% think it exists on other planets.

Four out of five people who believe in aliens think our own government is covering up the truth about whether it’s been visited by intelligent extraterrestrials.

Four out of five people who believe in aliens think our own government is covering up the truth about whether it’s been visited by intelligent extraterrestrials.

A new survey shows that 80 percent of Americans who believe in aliens think that their government is hiding information on this subject from citizens. This figure has remained relatively consistent since 2015 when a similar poll found that 77 percent of people with an interest in UFOs thought the government had knowledge about alien life but was keeping it secret from us.

A large number of people believe that intelligent extraterrestrial life exists and that the government is covering up the truth about it.

The reasons people believe that the government is keeping aliens a secret are varied. Some think it’s because of religious beliefs, while others believe it’s due to the fact that they’ve seen UFOs themselves and can’t believe that they were alone in seeing them.

Some people think life on Earth may be the result of ancient aliens coming here and seeding our planet with their DNA, while others think we’re being visited by extraterrestrials every day but don’t want to tell us so we won’t be scared. There are also those who feel like revealing this information would cause mass panic or some sort of global crisis, so keeping it secret is necessary for everyone else’s safety (though there isn’t any evidence that suggests this would happen).

The government has never given any indication that aliens exist or have visited Earth; however, there have been times when officials have had to deny reports about UFO sightings and alien encounters which led many people to believe that this was proof enough for them! In fact when President Clinton was asked about whether he knew anything about UFOs during an interview in 1996 he replied “I’m not going into outer space” which just further fueled speculation among believers!

We think these results show that there’s a lot of interest in the idea of aliens in our society. People who believe in extraterrestrial life are also more likely to believe that intelligent extraterrestrials exist elsewhere in our universe and that we may someday be able to communicate with them. Our study shows how important it is for scientists to communicate their research findings with the public—especially when those findings relate to topics like UFOs, which can sometimes be controversial or even frightening. When people feel better informed about something like this, they’re more likely to accept it as true!