Obviously, we knew how to make stones to shape them around them, as we can see in this pre-Columbian wall in Peru. 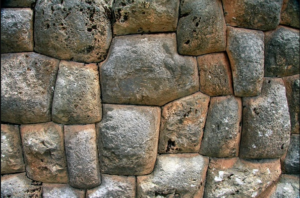 We also apparently knew how to move large stones without problems, as indicated by this ancient structure in Baalbek, Lebanon, where some stones weigh more than 1000 tons, but there are many others in Egypt, England, Peru, Bolivia, etc.

I guess if we still knew how to do these things, we could build huge structures like stadiums and temples at a fraction of today’s cost. 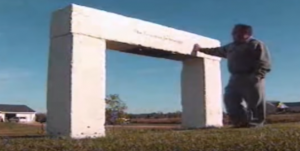 More than 4,000 years ago, during the Stone Age, the British erected one of the most emblematic monuments in our history: Stonehenge.

It is still a mystery nowadays how they managed to move such massive and heavy stones.

However, it seems that there is a man who wants to break down the myth and mysteries surrounding the construction of this monument.

Wally Wellington decided to build his own Stonehenge in his backyard in Flint, Michigan to prove that it is possible to build this type of construction using manual procedures. 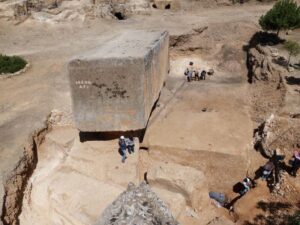 It’s really impressive to see how this man manages to move all the heavy blocks without singing any kind of equipment or anything.

During most of the Paleolithic – most of the Stone Age – all people had a lifestyle that involved limited tools and few permanent settlements. The first great techniques were linked to survival, hunting, and food preparation. Stone tools and weapons, fire, and clothing were of great technical development during this period.

Modern humanity has lost the knowledge of how our ancestors did amazing things with logic and ingenuity that was passed down from generation to generation. The secret always lies in the small details that do not survive as archaeological evidence. If you are not a student of ancient history, much of this cleverness will be lost on you. I love how this man’s mind works! He is a very deep thinker.