For decades, the US government has been silent on UFOs. They have refused to acknowledge their existence, and have even gone as far as to claim that they do not exist at all. But that is changing. A man who claims to have investigated UFOs for the Pentagon has come forward with his story, and now the US is finally facing up to the uncomfortable truth.

This man is Luis Elizondo, and he is the former head of the Pentagon’s Advanced Aviation Threat Identification Program. The program was set up in 2007 in order to investigate reports of unidentified flying objects, and it was funded by the US government until 2012.

Elizondo says that he resigned from his post in 2017, because he could no longer work within a system that was refusing to acknowledge the reality of what he was investigating.

In an interview with CBS News, Elizondo said that “there is very compelling evidence that we may not be alone.” He also said that the objects they were investigating were “behaving in ways that are not physically possible.”

Elizondo is not the only one who believes that UFOs are real. In December 2017, former US Senate Majority Leader Harry Reid also spoke out about his belief in their existence.

Reid said that he had been interested in the subject for many years, and that he thought there was “something out there.” He also said that the US government should take the issue more seriously, and that he would like to see more research done into it.

The Pentagon has now confirmed that the Advanced Aviation Threat Identification Program did exist, and that it was funded by the US government. However, they say that the program was shut down in 2012, and they are no longer investigating reports of unidentified flying objects.

Despite this, Elizondo says that he is still receiving reports of UFO sightings from members of the military. He also says that he believes the US government is still withholding information about the existence of UFOs.

Whether you believe in UFOs or not, it is undeniable that the US government has been hiding something for many years. Now that the truth is finally coming out, it is time for them to come clean about what they know.

Harry Reid is a retired United States Senator from Nevada. He served as the Senate Majority Leader from 2007 to 2015 and was the longest-serving Democratic leader in Senate history. During his time in office, Reid was known for his support of clean energy initiatives and his efforts to reform the immigration system.

In 2007, he helped to negotiate a landmark energy bill that included provisions for renewable energy and energy efficiency. He also worked with President Obama to pass the Affordable Care Act in 2010. In addition to his legislative accomplishments, Reid gained notoriety in 2017 when he revealed that he had been briefed on UFO sightings by the Pentagon.

Reid continued to express interest in the topic, and even urged the government to take action on what he believed was a potential national security threat. While Harry Reid may have retired from politics, he remains an intriguing figure – both for his accomplishments and for his willingness to talk about taboo subjects like UFOs. 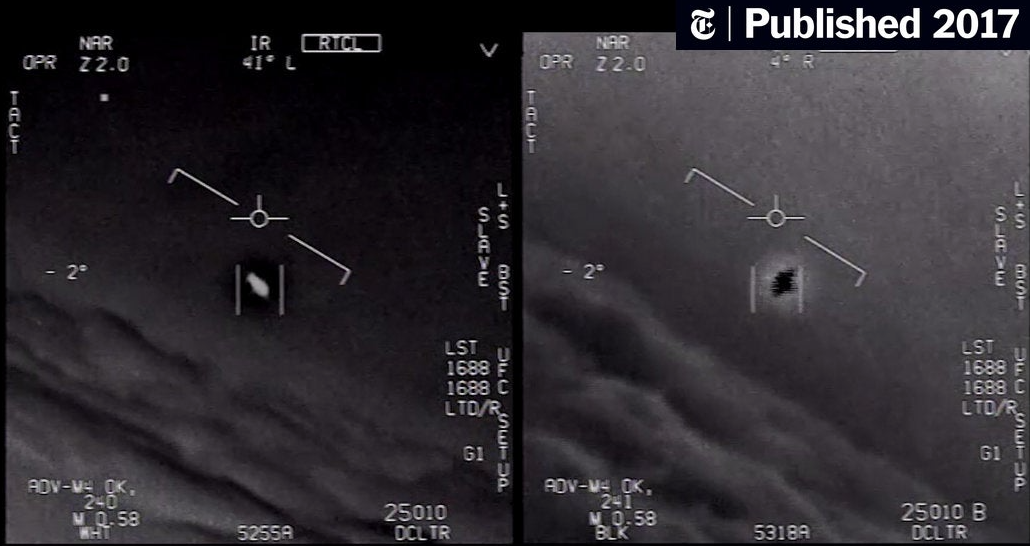 Elizondo’s team also interviewed more than 120 servicemen who had experienced close encounters with the unexplained, some of which were captured on video.

The unidentified objects displayed extraordinary speed and moved in ways that appeared far beyond known human technology. In one case, an object was seen by two separate pilots flying at speeds of over 1,000 knots.

In another incident, a serviceman witnessed an object change direction at a right angle, something which should not be possible according to the laws of physics.

While the AATIP was not able to fully explain these sightings, they did rule out any known technology or natural phenomenon. Elizondo believes that more research is needed in order to understand these strange encounters.

From 2007 to 2012, the US government ran a secret program investigating reports of unidentified flying objects, popularly known as UFOs. Heading up the Advanced Aerospace Threat Identification Program (AATIP) was Luis Elizondo, a former military intelligence official. During his time at AATIP, Elizondo probed dozens of reports of UFO sightings and spoke to many US servicemen who had experienced unexplained encounters with strange objects in the sky. Some of these encounters were captured on video, including the now-infamous encounter between US Navy pilots and an unknown object in 2004, which came to be known as the Tic TAC incident.

Elizondo and his team investigated dozens of similar incidents, and what they found was truly baffling. The unidentified objects displayed extraordinary speed and agility, far beyond anything known to human technology. In some cases, they were even able to disable encrypted military communications systems and evade detection by state-of-the-art radar systems.

To this day, nobody knows for sure what these objects are or where they come from. But one thing is certain: they are not of this world.