Two Dutch tourists hoping to film a YouTube video of themselves exploring Area 51 have been jailed after admitting a violation at the top-secret US military site.

YouTube star Ties Granzier, 20, and his friend Govert Charles Wilhelmus Jacob Sweep, 21, were sentenced to ten days in jail in Nevada, USA, after pleading guilty to trespassing and illegal parking.

The pair were arrested by police outside the top-secret military facility – a very limited security zone. A judge on Monday said they could be released today, after spending three days behind bars, if they pay a fine of $ 2,280 (£ 1,825) each. Hundreds of people are expected to descend on Nevada for an event called ‘Storm Area 51, They Can’t Stop All of Us’ created as a hoax on Facebook.

The story since then

I know that many people ask questions related to Area 51, there are many assumptions on the internet and the Area 52 and a possible Area 53. All you can find there are tests, a mysterious area that can bring out things that are unknown to anyone. I don’t believe in rumors that circulate on the Internet. I don’t think so, and I’m not going to participate.

Deep in Lincoln, Nevada, USA, it is one of the most classified places on the planet. The highly confidential region is home to U.S. Air Force Base, or at least that’s what you want you to think.

This forbidden area has been separated from the media since its inception and has fueled a lot of speculation about what is really happening there. This area is known as Area 51.

Area 51 enthusiasts made reservations at nearby hotels preparing to storm the Secret Air Force Base.
Recently, more than 2 million people volunteered as “Tributes” to uncover hidden secrets of Area 51.

The Facebook event has become so widespread in the media that it has attracted the attention of the United States Air Force. 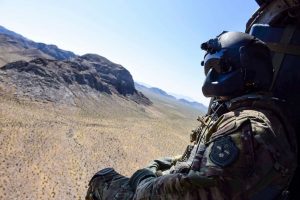 The Air Force released a statement warning potential criminals who are ready to protect the United States and its assets.

Spokesman Laura McAndrews explained that Air Force Base guards were instructed to use weapons if the base is invaded.

However, potential volunteer raiders stand firm in their quest to invade the secret base, despite warnings from the Air Force. This can be seen in increasing hotel reservations in Area 51, as the Little A’Le’ In the hotel is fully booked.

What began as a joke quickly became a serious situation. This not only shows how powerful social media is but also area 51 infamy. The creator of the Facebook event begins to regret what started, but is it too late?

The questions we need to ask should include: “Are you ready?” 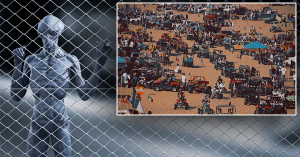 Stay up-to-date as the enthusiast begins to prepare for the event on September 20. And to be honest, I can’t wait for this viral joke to come to an end.