Lost Ancient Civilization Older Than We Were Told

Harihar Fort, in India, is one of the places we, investigators, so often look for, to say if it is really older than what we say.

It has a star so precisely and accurately carved that it is impossible not to be surprised by the skill of those who built it.

At the top, there are many caves carved out of the formation along with many strange structures that were most likely the home of a later civilization than the one that actually built it. 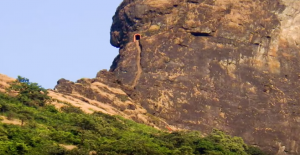 Given the better conditions for the structures on top of the mountain, we can conclude that it was built long after the construction of the rest of the fort. 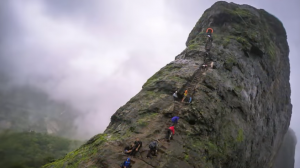 The Harihar fort was built more or less around the Pankaj Panchariya period, not more than 400 years ago. According to academics, the original builder was Khan Zaman in 1636. 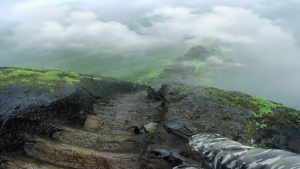 Since we always discussed historical discrepancies as opposed to the official reports from academics, we found that Harihar Fort was a very interesting subject to study and share with you.

Watch the following video for more information and share your views with us.