Hi, today I want to tell you about the extraterrestrial messages that some people receive. Most of you expect government communication. but in reality, however much money they will spend, they will never receive anything.

There are some of you who receive messages directly from aliens. Many do not have the courage to talk about it because society considers them crazy. When someone tells you he talked to an alien, what do you say?

I will continue to tell you about the types of messages received from extraterrestrial civilizations, and how they happen.

We have always been influenced by Hollywood movies in our vision of aliens. 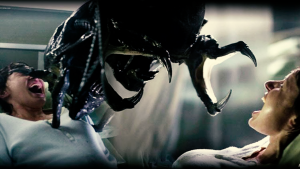 This shows us Hollywood movies, but what is the reality?

Let’s go back to communication. I know that I am among you people who receive extraterrestrial messages and if there is anyone who wants to share this with me, I expect them to write me messages on the Aliens latest page. And tell us about the communication mode and the type of message received.

Usually, messages are short and repetitive. they may sound like an old audio box. Or like a scratched disc. But the messages for that person are very clear. I know there are few who have the courage to talk about it. But the right conjunction must be found. Messages such as “Do not be afraid!”, “Stay calm”, “We do not do you harm”, “I came with good thoughts”, “We want to help you”

Today people compare alien races to good and bad. The aliens who want to invade us and what they want to help us. I don’t think anyone wants to invade us, if any extraterrestrial civilization would like to invade our planet, they could do it long ago. Plus you don’t have much reason to come to live on earth.
The degree of pollution is so high, as the aliens do not want to come to earth. 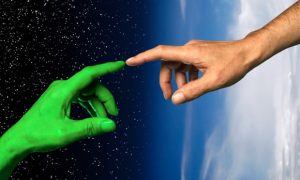 “We are from a place you do not know yet”
When aliens come in contact with people, they come to help, rescue. why are the aliens involved? What do they want?

I am waiting for answers or opinions related to these questions in the comments.

I know there are hundreds of people who need someone to listen to their happenings, I decided to listen to them! And to publish them, eventually changing the name to keep the anonymity.

This is the case of a woman from California who received a visit one day, we will call her Ana to keep the anonymity and intimacy of the house. Ana tells:

One day while I was making food I heard a noise in the garden, I came out thinking that the neighbor’s dog came out. Then I saw a light and immediately I heard a voice telling me. “Do not be afraid”, “Do not be afraid Ana” When I heard that you know my name I was really scared, so much the first time I heard the voice. it was very soothing. I entered the house as if carried by a cloud, I did not feel my feet. He told me to sit down, then they said. “You have to go!” and repeated, “You have to move from here!”

After this experience, I got up as if I woke up from sleep and had a dream, a dream that I remembered perfectly. When my husband got home I told him in detail and he started laughing. After a while, I tried to talk to a friend who also laughed. She told me to see a doctor.

I listened to his advice and went to the doctor, after an hour of discussions he told me that I am perfectly normal and maybe it was a hallucination. Maybe I consumed something …

I haven’t moved yet, I don’t know if I should or shouldn’t just move because I knew it was real.

Maybe you too have gone through this, Aliens latest comes to meet you with the proposal to contact us and publish your story. maybe with other people who have had similar experiences you can find the answers.

I think we can find the truth together!