Deadline for extraterrestrial contact: Predicted 50 years ago by Chico Xavier

Every day we hear more and more about Chico Xavier, a psychic medium from the twentieth century and author of more than 451 books.

He said that the spirits spoke to him and told him that the end of the world would be very near. At the same time, contact with extraterrestrials is approaching.

Among the many visions, these “spirits” revealed to him were the arrival of man to the moon. He predicted this event many decades ago. Soon after, he launched a terrible prophecy that within 50 years – from 1969 to 2019 – the world will enter the solar system’s planetary community and we will establish a close relationship with extraterrestrials. 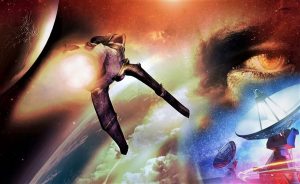 This 50-year period ends in July 2019, so if Xavier was right, we should expect something incredible to happen next month.

Predicted 50 years ago by Chico Xavier

Xavier went on to say that the world would end at that time because the “divine” had agreed. But through the mediation of Christ or of the foreigners, a second opportunity would be given to people to renew themselves and purify themselves spiritually.

If you have time, watch the entire video, it contains important information.

UFO experts say that after the bombing of Hiroshima and Nagasaki, there was a significant increase in UFO (Unidentified Flying Objects) worldwide.
Over two decades later, the Brazilian media Chico Xavier learned from close friends that upon the arrival of man to the moon on July 20, 1969, a meeting of our heavenly power occurred in our solar system to control the evolution of the earth’s society.

They then decided to provide humanity with a period of 50 years to develop morally and coexist peacefully without causing a third world war.
If they could do so until the deadline, humanity would from now on be ready to enter a new era of its existence and magnificent feats would be observed everywhere, and even our brothers from other planets would explicitly have the right to present themselves publicly and officially for the inhabitants of the earth.

Deadline for extraterrestrial contact: Predicted 50 years ago by Chico Xavier