Elon Musk, the billionaire founder of SpaceX and Tesla, has been invited to visit Egypt to see for himself that the country’s famous pyramids were not built by aliens.

The invitation was extended by Egypt’s Minister of Antiquities, Khaled El-Enany, during a recent visit to the United Arab Emirates. El-Enany said that he would be happy to show Musk around the pyramids and explain how they were constructed by human hands.

The invite comes after Musk tweeted that aliens might have been responsible for building the ancient monuments.

While it is clear that Musk was joking, his comments sparked a debate about whether the pyramids were created by extraterrestrial beings. El-Enany’s invitation is an effort to set the record straight and dispel any myths about the origins of the pyramids. Given Musk’s interest in space exploration, it is likely that he will accept the invitation and learn more about one of the world’s most iconic landmarks.

This claim by Musk has stirred up a lot of controversies, with many people saying that he is just looking for attention and that there is no evidence to support his claim. However, there are some who believe that Musk may be onto something and that the pyramids could in fact be of alien origin.

Regardless of what people believe, the Egyptian government has now come forward to set the record straight. In a recent statement, they said that the pyramids were not built by aliens and that they are in fact of human origin.

This is not the first time that Musk has made headlines for his outlandish claims. In the past, he has also said that he believes that we are living in a computer simulation and that there is a high chance that we are actually robots.

While some people may find Musk’s claims to be far-fetched, there is no denying that he is a brilliant mind and that he has changed the world in many ways. Only time will tell if his latest claim about the pyramids turns out to be true or not. 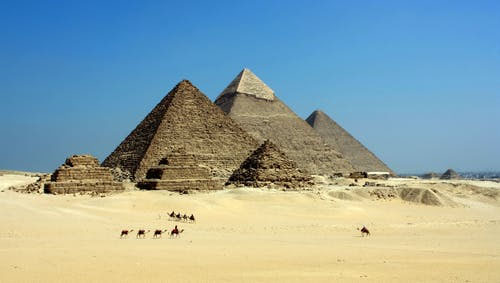 In the 1990s, a series of tombs were discovered in Egypt that helped to settle a long-standing debate about the origins of the pyramids. These tombs, which date back to around 2500 BC, contain the remains of workers who were involved in the construction of the pyramids.

This is definitive evidence, experts say, that the magnificent structures were indeed built by ancient Egyptians. The discovery of these tombs has helped to shed light on a fascinating period in history and has given us a better understanding of how these incredible monuments were created.