Was it a civilization on earth before humans?

A look at the available evidence

Is it possible that an ancient and incredibly advanced civilization existed long before all other known civilizations? It happened and the story needs a new awakening!

This really is one of the biggest conspiracies there is. You really have to dig very deep to understand all the conspiracies related to this topic, especially the contemporary ones.

To get the most out of TPTB’s complexity, you have to go all the way back and look at history books, mythology, lost and ancient civilizations, occultism and even questions related to secret organizations like Masonry or Illuminati.

Ancient times are the oldest of the historical eras and date from around 3000 BC when the great river cultures emerged until antiquity ceased in connection with the destruction of the Roman Empire at the end of the 400s AD.

The reason why it is ancient and not the Stone Age that constitutes our oldest historical epoch is that the writing art was invented about 5000 years ago (about 3200 BC). It is only in connection with the emergence of the writing art that our historians begin to obtain written sources. We, therefore, know much more about the people of ancient times than those who lived before in the Stone Age. In the history of history, therefore, all “historical time” is the time when there are written sources preserved. The time before that is called “prehistoric time”. 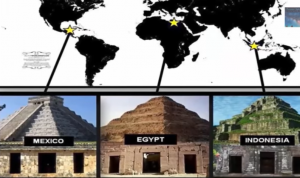 Once you have learned about these issues, you will see these and understand these conspiracies from a different perspective.

They always talk about “mythology” to refer to an issue, not in the government’s version of history.

Ancient civilizations made their way into history. People must open their eyes and try to find the ultimate truth of themselves and not leave others to tell what is true and what is not.

With so much evidence to explain many of the theories outlined in the video below and the fact that “mainstream” archaeologists reject them directly without even allowing the fact that it would at least be possible, it is obvious that something major is being suppressed, you think no? 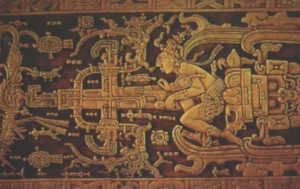 Watch the video below and think …


This is Lost History from a forgotten time in history that we consider biblical, mythical, a time that never happened, guess what…
It happened … History needs a new awakening! Rewrite the books!

By asking about civilizations lost in the depths, we also ask about the possibility of universal rules that guide the development of all biospheres in all their creative potential, including the emergence of civilizations. Even without pickup-driving Paleocenians, we are only now learning to see how rich that potential can be.

Civilization, from Latin civilization, ultimately from civilization, “citizen”, in the sense of urbanization, usually means the same as a society, but is sometimes a specific term for a culture that was not barbaric in ancient times. The Greek equivalent is “police”. The earliest civilizations include Mesopotamia between 8,000 BC, Egypt between 5,000-3,000 BC, Indus Valley between 2,600-2,400 BC, Northern China between 3,000-2,000 BC, Central America between 3,000-500 BC and Peru between 2,500-500 BC

For the Greeks, of course, a higher organization was the basis for their civilization. For the Romans, Greek and Roman society was what constituted civilization.

Human prehistory and the Stone Age

The earth was formed about 5 billion years ago, but human-like creatures have only existed for a few million years.

Like all other animals, the human race (Latin: gay) has gradually evolved in interaction with nature. Our oldest ancestors who lived about five million years ago differed from their closest relatives among the monkeys through their upright course. When the hands became free, fine motor skills developed, which made it possible to use tools, among other things. Being able to use your hands to, for example, Farming tools required both thoughtfulness and ingenuity. This accelerated the development of the brain among the upright human beings. Then, step by step, the brain’s capacity increased