Failure in the Matrix, Haarp, or Aliens? Bizarre Sounds From Nowhere Appear Over Denmark and UK

For those who know the Bible, I know about Revelation and the three trumpets. I don’t think these sounds are related to the Bible. There are explanations for this, and the simple fact that we associate everything means that it is. Sometimes the internet offers many theories that we understand. The first and most important thing is: Let’s study in detail! Don’t be fooled by news on a website, try to understand the nuance.

Have you ever heard the strange sounds produced by the trumpets from heaven? These sounds are closely related to the biblical apocalypse.

YouTuber Mrmb333 got 2 videos from 2 people, the strange and mysterious sound was reported in Denmark and south-eastern Britain. Something similar to the sound of a trumpet may be predicting the end of the world. 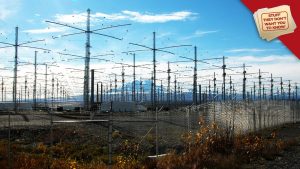 Among the many versions that try to find an explanation for this event include:

– Changes in the structure of the earth’s tectonic plates.
– Work in HAARP and other climate systems.
– Foreign intervention
– A kind of failure in the Matrix where we live.
– Perhaps just a natural phenomenon whose science cannot understand.

Meanwhile, both English and Danish are extremely frightened and are doing their best to find an explanation for this mystery. These sounds are constantly heard by people who are starting to go crazy.

The mysterious sound got its explanation

On the night of June 10, 2016, a loud noise was heard over central Falun. The sound was heard at 3 o’clock at night and compared to the sound of a large leaf blower at the same time as it was described as almost deafening.

After a few weeks of work, however, it turned out that the sound of Falun had a fairly simple explanation. It was not about exceptional meteorological phenomena, hydrological phenomena, any giant vessels in the sky, or anything else that theories have claimed in previous cases around the world. Instead, we found the source of the sound in the local heating plant that was hit by a malfunction that night. In connection with the fault, the safety valve at the plant was opened and the steam blew out over the roof of the building, causing the loud noise. When UFO-Sweden contacted the management at the plant, we received the following message.

“Malfunctions started at 23:39 on June 9 but then we did not blow any steam over the roof which we do at high pressure in our boiler resulting in a loud humming/sizzling noise. After that, it was calm for a few hours until 02:43 on June 10. Then we blew steam over the roof and the noise lasted for about 20 minutes. Probably we had a failure in a control valve which resulted in the boiler starting to turn, and we got too high pressure and then the safety valve opened on the roof. ”

One question that naturally arises here is how many the earlier occasions when different sounds (so-called sky trumpets) have been heard from cities all over the world that have similar explanations. This kind of causes certainly cannot explain all the sound phenomena that are reported. But at least one of those who heard the sound of Falun thought it was reminiscent of recordings from other parts of the world. So maybe we can still imagine that the explanations could, after all, be based on similar causes even in some of the earlier cases.

Watch the video and tell us what you think.

Failure in the Matrix, Haarp or Aliens?