Ban All Pesticides – is banning pesticides the solution?

Consideration to ban the five so-called neonicotinoids has been developed by beekeepers and environmental activists, but cereals and sugar beet farmers warn that they can leave them all but defenseless when it comes to protecting valuable crops from other harmful insects.

I loved small bees, my grandfather raised bees, he had over 10 families of bees. I remember that once I was stung by 3 bees, I tried to do exactly what he was doing. The bees know their owner. I know their friend who looks after them. Their intelligence goes beyond any limit. The sacrifice I make to save his family. It is the ultimate sacrifice.

Did you know that when a been gets you half of her body stays with the needle and she dies?

Bees help the survival of our planet. You know that if there are no more than 50% of the population in the world starve to death. And not because of honey but because of pollination.

I hope this introduction will help people to love and understand bees.

I was upset when they stung me, I had very swollen eyes and I was pointing from another continent. But they help us. You love bees too!

It is a fact that the bee population is declining alarmingly and more and more people are realizing that this is a negative side effect of the overuse of pesticides. Although they know what is happening, few countries have taken corrective action.

France, on the other hand, will be the first country to ban five different types of pesticides. However, this is not as simple as it seems. On the one hand, environmentalists are obviously excited about the news, as this means that the bee population is no longer sinking. On the other hand, farmers fear that their pesticide-free crops are susceptible to other insects and pests. 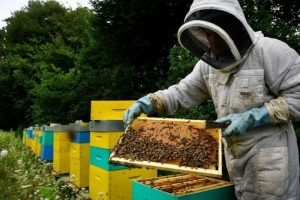 Britain has also joined this initiative after realizing that these pesticides were responsible for disrupting bee colonies in Europe. 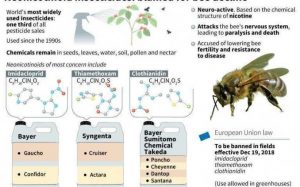 It is good to know that these toxic pesticides affected and altered the sperm of male bees, as well as causing disorientation and memory loss, which affects their return home and decreases the size of the colonies. In addition, it seems that bees are becoming dependent on these pesticides, which means that bee populations are getting smaller.

The First Country In Europe To Ban All Pesticides

There is a ban that is intended to take effect in 2020, but the situation is actually a little more complicated than that.

The French government promised a total ban on all neonicotinoids in France, which goes beyond the EU’s previous restrictions on the use of 3 neonicotinoids and Fipronil. 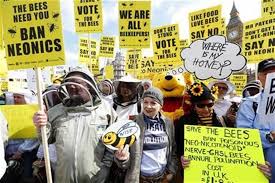 Ban pesticides to save bees!