Lost Mayan City Discovered in Guatemala After Centuries-Long Slumber. For centuries, the lost city of the Maya has been hidden beneath the waters of Lake Atitlan in Guatemala. But now, thanks to a new archaeological survey, the city has been revealed once again.

The survey, which was conducted by a team of international researchers, found that the city was likely built on a series of artificial islands in the lake. The city was first settled by the Maya around 2,000 years ago and flourished until it was suddenly abandoned around 1,000 years ago. The reasons for its abandonment are still unclear, but it is thought that the city may have been destroyed by a natural disaster, such as a volcanic eruption. The results of the survey are providing new insights into the lives of the Maya and the secrets of their lost city.

Lost Mayan City Discovered in Guatemala: From its beginning, on March 14, the expedition carried out diving tasks to Geo reference the place, thus obtaining data to create models in photogrammetry and virtual walks.

“The mission made it possible to lay the foundations for recommending the creation of a cultural center where people get to know and tour the site through digital reconstructions,” explained Helena Barba Meinecke, head of the Yucatán Peninsula Office of the INAH Underwater Archeology Subdirectorate.

Scientists have found the remains of buildings and fragments of ceramics. This will allow specialists to outline a rough plan of the city and conduct more detailed searches for both artifacts and signs that will allow them to understand exactly what disaster destroyed the prosperous city.

For centuries, the Mayans have been one of the most mysterious and intriguing cultures in the world. With their elaborate pyramids and hieroglyphs, they have long been a source of fascination for historians and archaeologists alike. 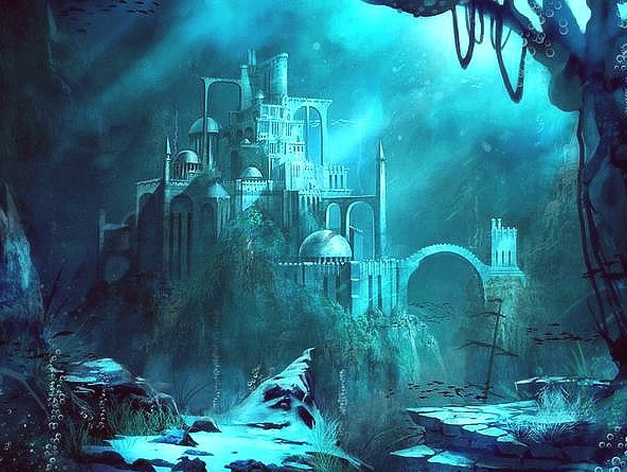 Now, a lost city that is thought to be around 1,000 years old has been discovered in the depths of a Guatemalan volcano crater lake. Named Atlantis of Guatemala, the city is said to have housed around 20,000 people. Researchers believe that it could provide valuable insight into the Mayan culture.

The city is so well preserved that it is thought to have been abandoned relatively recently. It is believed that the Mayans may have fled the city due to the eruption of the nearby volcano, which would explain why the city is so well-preserved.

This discovery is sure to provide researchers with a wealth of information about the Mayans and their culture. It is also a reminder of the importance of preserving our history and our planet.

How the Mayan Empire Fell

The Mayan Empire was one of the most advanced empires of its time. However, it eventually fell due to a number of factors. One reason was that the Mayans had a very rigid social hierarchy, and there was a lot of inequality between the different classes. This led to widespread discontent among the people. Additionally, the Mayan Empire was also hit by a number of natural disasters, including hurricanes, floods, and volcanic eruptions. Finally, the Mayans were invaded by other groups, such as the Spanish, which led to their downfall.

Despite the fact that the Mayan Empire fell centuries ago, its legacy continues to live on. The Mayans were a highly advanced people and their culture has had a significant impact on the world. For example, the Mayan calendar is still used by many people today. Additionally, the Mayans were also responsible for creating some of the most impressive architecture and art of their time.

The discovery of Atlantis of Guatemala is a reminder of the great Mayan civilization and its many achievements. The city provides valuable insight into the Mayan culture and gives us a glimpse into their way of life. Additionally, the city is also a testament to the strength and resilience of the Mayan people.

What We Can Learn from the Mayans

The ancient Mayans were a highly advanced society with a rich culture that is still largely unknown today. Their civilization was mysteriously abandoned around 1000 years ago, and much of their culture has been lost. However, the discovery of Atlantis of Guatemala could provide valuable insight into the Mayan people and their way of life.

One of the most interesting things about the Mayans was their understanding of astronomy and mathematics. They were able to develop accurate calendars and track celestial events. They also used complex mathematical formulas to create intricate works of art. The discovery of Atlantis of Guatemala could help us to learn more about these aspects of Mayan culture.

Additionally, the city is thought to have been home to around 20,000 people. This would provide us with a rare opportunity to study how a Mayan city functioned on a large scale. It is possible that the city could offer clues about why the Mayans abandoned their civilization around 1000 years ago.

Overall, the discovery of Atlantis in Guatemala is an exciting development in our understanding of Mayan culture. It is certain to provide us with many new insights into this fascinating ancient civilization. 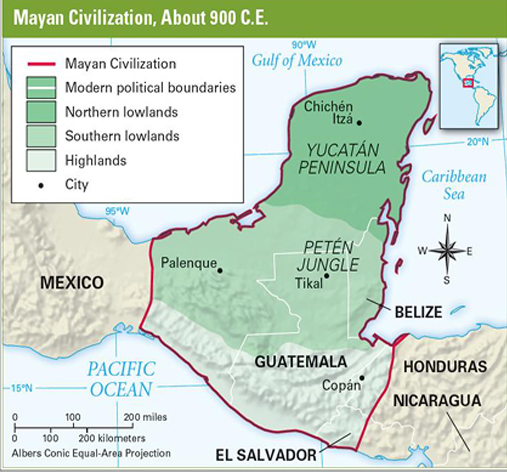 As if the ancient Mayan culture wasn’t mysterious enough, a lost city has been discovered in the depths of a Guatemalan volcano crater lake. The city is thought to be around 1,000 years old and is believed to have been home to around 20,000 people. Researchers say that the city is so well preserved that it could provide valuable insight into the Mayan culture.

While much more research needs to be done in order to learn more about this lost city, it’s safe to say that its discovery has sparked excitement among archaeologists and historians alike. What do you think this discovery will reveal about the enigmatic Mayans?