Good evening, it’s the second time I read and watched these videos. The essential question because what we see below is real is: Are we sure he worked in Area 51 ?!

We have the source of this truth. Because usually here we work with concrete things. I do not want to sound ironic, but in general, we have to start from a base. Our basis is, if he worked 100% in area 51, in subordinates where extraterrestrial technology is available.

Now there is another side, those who work in Area 51 do not think he has any documents or evidence that he worked there.

Working with an alien race

Below I leave the article and the three video materials promised, I know I always tell you, but I need your help. I need support for the page, and a share can help our page receive a new office with a live broadcast. Thank you.

A 71-year-old man said he was an engineer in Area 51, and revealed that he was working on a project that included a captive alien in Area 51.

The information provided in this video, by this man, is the last that humanity will have. Bill Uhouse says he had a project in Area 51 involving an alien, called “JRod”. Unfortunately, Bill Uhouse died in 2009. 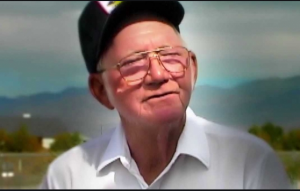 Many people have processed and sold this information, information collected by this deceased engineer. I’ll reveal some information below. 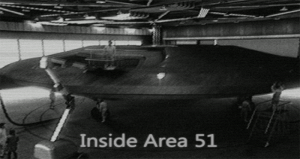 – There is a huge underground system consisting of bases and composition. These facilities include research laboratories, reverse engineering workshops, and safe “quarters” for extraterrestrial biological entities or EBE.
– He said there are some humanoid breeds.
– A “Grey” race of three types: Tall, Small, and Medium Grey’s.
– A race of tall human aliens from the “north” with big eyes.
– There are “reptile” hybrids that have been modified at each base. Every race is thousands of years older than us. We are practically newborns in the galactic intelligence community.
– A treaty was signed between the U.S. That, during the Eisenhower administration, began a new exchange with this breed. They want to receive alien technology in exchange for human subjects.

Finally, we should note that the objective of Area 51 has not yet been determined, however, based on historical evidence, it is possible that it will conduct research on advanced weapons systems and tests on experimental aircraft that are not officially recognized by the U.S. government.

Bill Uhouse, then a 71-year-old man, claimed to have been an Engineer in Area 51 and revealed that he used to work in collaboration with a gray Alien at the Area 51 site.

I read the article, I saw the three videos and I try to understand. I know there’s a lot of information here. The fact that he was a pensioner and he didn’t have much to live for, that he wanted to leave something behind him, or he had a truth he wanted to tell.