For centuries, the story of Moses and the crossing of the Red Sea has been a topic of debate. Some people believe that it is nothing more than a fairy tale, while others contend that there is evidence to suggest that it actually happened. Now, a team of archaeologists may have finally found proof that supports the latter argument.

After conducting extensive research, the team discovered the remains of a massive Egyptian army underwater in the Gulf of Suez. According to their findings, the soldiers were most likely killed while trying to cross the sea. This discovery provides strong evidence that Moses did indeed lead his people across the body of water, as stated in the Bible.

While some people may be skeptical about the claims made by this team of archaeologists, their research has been widely praised by experts in the field. Many believe that this discovery will help to further validate one of the most significant events in history. Only time will tell if this evidence stands up to scrutiny, but it seems clear that we have finally gotten closer to understanding the truth behind the story of Moses and the crossing of the Red Sea. 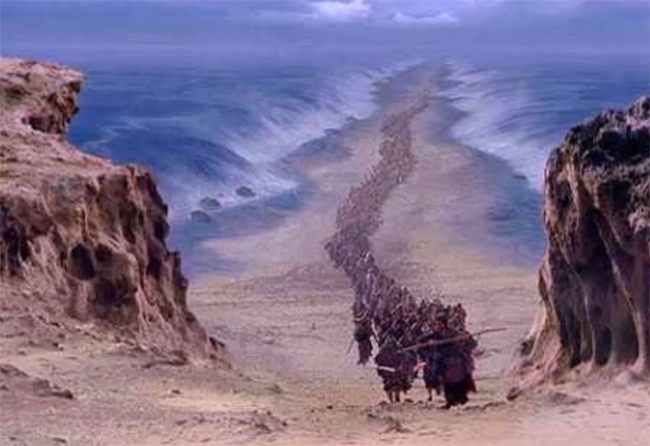 Moses and the crossing of the Red Sea

Moses is a well-known figure in Judeo-Christian history and is best known for his role in leading the Israelites out of slavery in Egypt. After Moses received a divine mandate to free his people, he led them through the wilderness to the shores of the Red Sea. With Pharaoh’s army in hot pursuit, Moses parted the waters of the sea, allowing the Israelites to cross to safety. 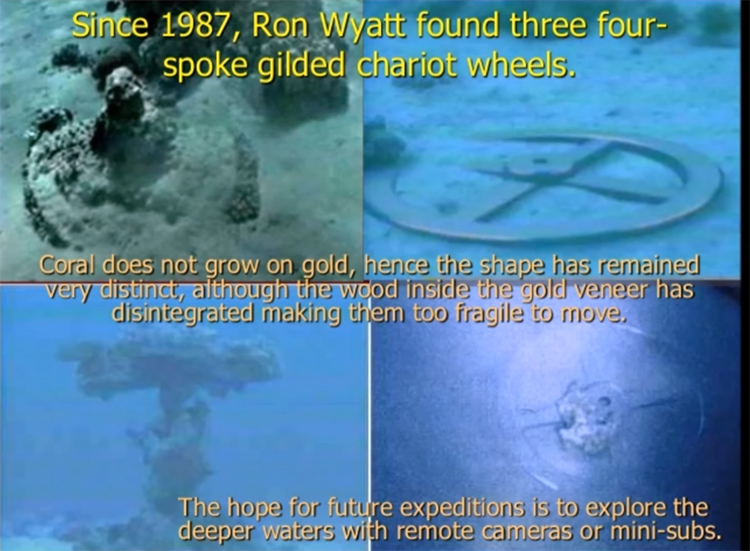 Meanwhile, the Egyptian army was drowned in the sea. This miraculous event cemented Moses’ position as a leader and helped to solidify the Israelites’ faith in God. Today, the story of Moses and the crossing of the Red Sea remains an important part of Judeo-Christian tradition.

While some people may be skeptical about the historical accuracy of this story, recent archaeological evidence provides strong support for its veracity. Archaeologists have discovered the remains of a large Egyptian army in the Gulf of Suez, which they believe to be the remnants of Pharaoh’s army that pursued Moses and his followers.

This discovery has been called “one of the most important finds in Biblical archaeology” and provides strong evidence that Moses did indeed lead his people across the Red Sea, as stated in the Bible. 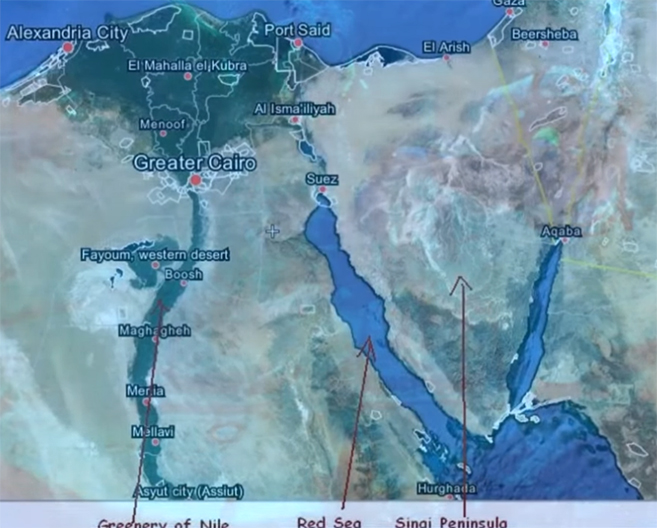 Whether you believe in the story of Moses and the crossing of the Red Sea, there is no denying that it is a fascinating part of history.

This discovery sheds new light on one of the most significant events in Judeo-Christian tradition, and it will be interesting to see how it is received by the scientific community. Only time will tell if this evidence stands up to further scrutiny, but for now, we can rest assured that we are closer than ever to understanding the truth behind this epic tale.

If you’re interested in learning more about the story of Moses and the crossing of the Red Sea, then I would recommend reading Exodus 14: The Red Sea Crossing by Charles H. Dyer. This book explores the historical evidence for this event, as well as its significance within the context of Biblical history. 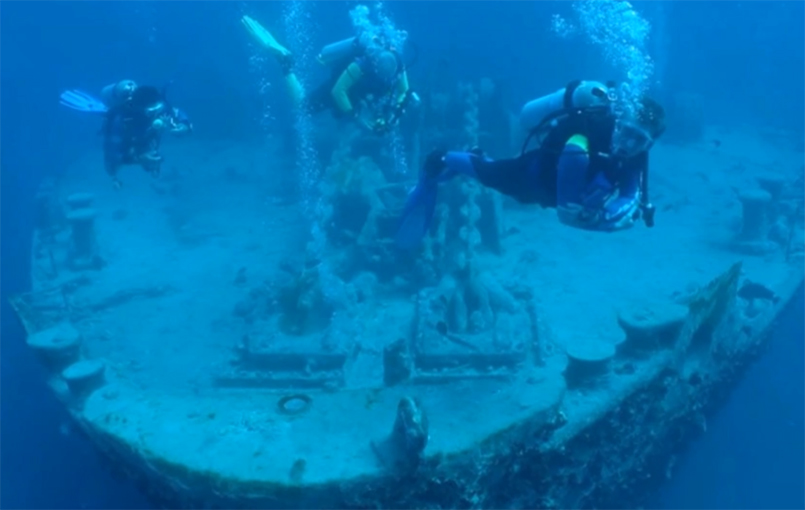 Whether you’re a believer or a skeptic, I think that this book is an engaging and informative read. It offers a solid analysis of the more nuanced aspects of the Red Sea crossing story, along with extensive historical background information on the Egyptian empire and its rulers.

Overall, I would definitely recommend Exodus 14: The Red Sea Crossing to anyone who wants to learn more about this event and its place in history.

Researchers were seeking for Stone Age and Bronze Age

For years, researchers have been seeking signs of Stone Age and Bronze Age ships and other artifacts along the coast of Egypt. Little did they know that their search would lead them to one of the most significant finds in recent history: a massive pile of human bones that had been destroyed by years of immersion in the water. Within this huge mass of remains, they discovered almost 400 skeletons, as well as hundreds of weapons and pieces of armor, along with the remnants of two carriages.

The significance of this find is difficult to overstate; it seems clear that these remains belonged to a large army. But what makes this discovery truly remarkable is its potential connection to the legendary exodus story told in the Bible. According to Professor Abdel Muhammad Gader, who was leading the expedition when these bones were discovered, there may be a strong link between these ancient remains and Moses, who led his people out of Egypt during one of the greatest migrations ever recorded. Whatever their ultimate significance turns out to be, this remarkable discovery is sure to reshape our understanding of history as we know it.

What are your thoughts on this discovery?

The discovery of the remains of a large Egyptian army in the shallows of the Red Sea is a remarkable find that has generated a great deal of excitement among historians and archaeologists. This find provides strong evidence that supports the biblical account of the Israelites’ escape from Egypt. 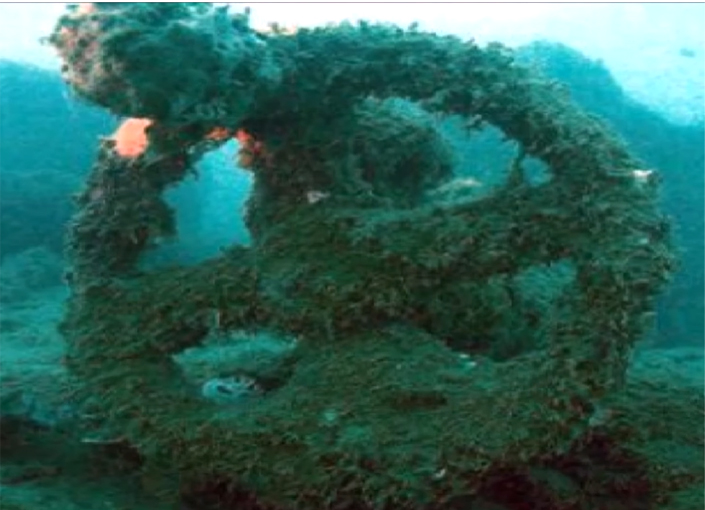 According to the Bible, Moses led the Israelites across the Red Sea after God parted the waters. The Egyptian army pursued them but was swallowed up by the sea when Moses stretched out his hand. This find provides compelling evidence that this event actually occurred. The discovery of the remains of such a large army would not be possible if not for the biblical account. This finding provides strong support for the reliability of the Bible as a historical document.

Do you believe that the story of Moses and the crossing of the Red Sea is true? Share your thoughts in the comments below!