Computer games have started to resemble money games, but the market is unregulated. Children and young people are exposed to money-gambling-like mechanisms and researchers are now sounding alarms.

The gaming world is in a strange situation. On the one hand, the industry has grown substantially over the past decade, and according to some calculations, has a larger turnover than the music and film industry together. On the other hand, the industry now faces massive criticism from players, researchers, and legislators.

And the problem is not really the games themselves. They are better and nicer than before and mobile games are becoming more popular. It’s the way they raise money that has made people react.

Children and young people are exposed to money-gambling

Inline after thread on the discussion forum Reddit, players are getting angry over aggressive funding models that are, according to some, only annoying, while others say they have become addicted to putting money on the games.

And it is above all the loot boxes that cause irritation. Loot boxes are a collection concept for unknown items you can buy for the money in games. The content, which is randomized, can be either cosmetic, an effective weapon or, for example, a good football player in football games.

And it is randomness that creates excitement but also worries. 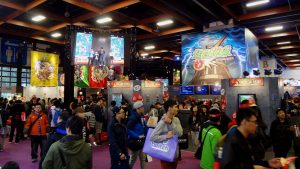 Researchers have likened the funding model to the slot machines, while the gaming industry says that the loot boxes are surprising mechanisms that enhance the gaming experience.

The World Health Organization today classifies excessive computer gaming as a disease. In addition to using the normal temptations to use a gambling-like model that players can lose money on, without the companies having a clear responsibility, it has prompted authorities in several countries to respond.

Researchers and experts I spoke to have repeated the following things over and over:

People who are problem gamblers, thus wasting too much money on gambling, usually spend more money than others on loot boxes.
The visual expression of the drawers is similar to that of the slot machines, which in turn leads to the normalization of money games in minors.
Playing games with loot boxes as a child can cause you to start playing money games as an adult.
The gaming companies do not have the same responsibility as money game companies to support people who are wasting too much money. 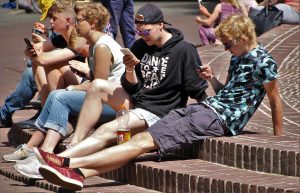 The research on loot boxes is still at an early stage, but what seems obvious is that the gaming companies are moving ever closer to the money games, without being forced into the responsibility of the gambling companies.