Student Wolf Cukier from a high school in New York is part of NASA’s TESS mission, specifically designed for the search for exoplanets (ie planets outside our solar system), CNN notes.

He can boast one of the most important discoveries in the mission: he found a planet that orbits two suns, the first of its kind discovered by TESS. TOI 1338 b was discovered at 1,300 light-years away, in the constellation Painter, where it is the only two-star planet.

The planet has the dimensions between Neptune and Saturn and knows regular eclipses of its sisters, the source cited. The two stars revolve around each other every 15 days, one being 10% higher than our sun and the other much smaller and colder. 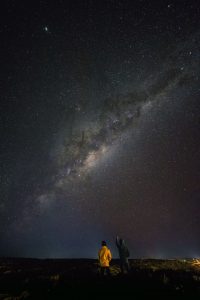 “After three days, I saw a signal from a system called TOI 1338. At first, I thought it was a stellar eclipse, but the times were wrong. It turned out to be, in fact, a planet ”, the student added.

Four TESS telescopes at the same time studied each patch in the sky for 27 days, taking pictures every 30 minutes.
They reveal changes in the brightness of the stars as the planets pass through them, which is called a transit, a method that helps astronomers determine the exact position of the planets. But a planet with two suns makes the transit method more difficult to apply. TESS can only be found during the passage of the bigger sun.

Two-sun planets, especially when one of them is weaker, as in this solar system, are much harder to find by TESS. And Wolf Cukier’s high school contribution was decisive for her discovery.