Have you ever put a chicken egg in a microwave oven? I did this experiment a couple of years ago, and the egg explodes after 40 seconds after turning on the oven. We are talking about the high energy microwaves here and about an egg that has a hard calcium shell on the outside.

What do you think will happen if you put a human body in a microwave oven?

The 5G technology, based on microwave generators, transmitters, and receivers, does exactly the same thing, they create a microwave like an environment on earth that will “cook” every human and every animal and every plant. 5G telecommunications technology effectively destroys life on earth.

Telecommunications companies plan to send 20,000 satellites on low orbit around the earth. These satellites deliver strong 5G microwave signals to the earth. Not only will this affect all living things on earth but it will also result in a major climate change as the microwaves heat the air and water in the ocean and sea. I know all this because I worked in the telecommunications industry many years ago.

Space X has received approval from the Federal Communications Commission of the United States (FCC) on March 29, 2018, to launch 4,425 low-orbiting 5G satellites around the globe. 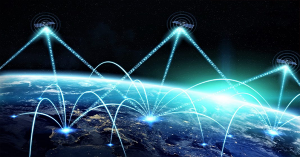 In 2018, the state of Michigan already approved the installation of an antenna with 5G technology, even after Sharon Goldberg presented a scientific document proving that 5G technology has negative effects on human biology. He presented this investigation at a hearing before a jury state.

On September 13, 2017, 180 researchers from 35 countries signed a moratorium that was published. This moratorium also shows the negative effect on human health of 5G technology.

The Environmental Health Trust thinking, which has also spoken highly to 5G, is working on a document that will be presented to the US Congress.

Senator Patrick Colbeck and Senator Richard Blumenthal, they have also testified against the 5G technology. Dr. Goldberg said that the negative effect of 5G on human life is no longer the subject of debate because many types of research have proven this.

The telecom companies will install millions of small 5G towers on every school, every building and every street on earth. This creates a microwave effect on the earth. The earth becomes the egg from my experiment! We must take action before it is too late!

Scientists, environmental groups, doctors and citizens around the world are calling on all governments to stop telecommunications companies’ rollout of 5G (fifth generation) wireless networks, which they call “an experiment on humanity and the environment defined as a crime under international law.” that wireless radiation can cause DNA damage, neuropsychiatric effects and other health problems RT America’s Michele Greenstein joins Rick Sanchez to discuss.