I looked carefully at the 15 minutes of the video and I want to understand, I go with over 200,000 people that I hope this time not to comment just to comment. I want to find answers. I want to thank you for being with me, some from the beginning. And hopefully one day these complicated things will become clear and simple.

See what I see?

When we learned at school, the planet Earth is divided into three layers, which are the Earth’s crust, mantle, and core.

But recently, geologists discovered a new layer in the earth’s deep interior, and its properties resemble the surface of the earth. This is a surprising discovery and would once again confirm the theory of the inner earth.

The Journal of Science published a new study explaining how scientists used seismic wave data from large earthquakes 400 miles below Bolivia and located a new region within the earth that left all speechless: it has the properties of the earth’s surface, mountains, plains. 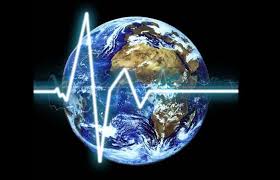 The researchers said a major earthquake would be required that would shake the entire planet so that it can look deep into the planet, and this does not happen very often. Better NO, I would say! 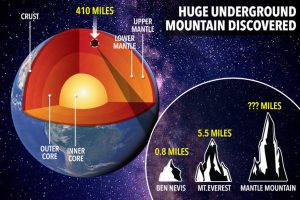 Researchers specified that the roughness was not as evenly distributed, just as the surface of the earth’s crust has smooth sea and solid mountains, the limit of 400 miles below our feet has rough areas and smooth patches.

“Scientists from the Institute of Geodesy and Geophysics in China and Princeton University in the US state of New Jersey have used seismic wave data from a massive 1994 earthquake in Bolivia to investigate a rock layer located about 660 kilometers below the Earth’s surface,” according to Science Daily.”

Mountains larger than Mount Everest and coarser than Tibet are likely to lie deep below the earth’s surface, a recently published study has revealed.

Researchers from the Institute of Geodesy and Geophysics in China and at Princeton University in the US state of New Jersey have used seismic wave data from a massive 1994 earthquake in Bolivia to investigate a rock layer located approximately 660 kilometers below the Earth’s surface. to Science Daily.

A very strong earthquake is necessary for this type of research, the study team noted, and the Bolivian earthquake is the second strongest earthquake ever recorded.