Caught in the sand and dust. To date, 42 spacecraft have met their fate on other planets.

But the expensive equipment has not been sacrificed in vain. During the death struggle, the vessels have been able to snatch up invaluable new knowledge and tested difficult maneuvers.

1. Robot vehicles get stuck on Mars 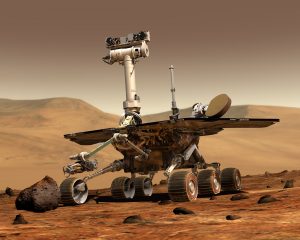 The robot vehicle Spirit arrived after a six-month trip to Mars in January 2004, three weeks before its twin Opportunity.

The plan was for Spirit to drive around for 92 days to collect geological and chemical information. However, the expedition was extended time and time again.

The small vehicle had to work on the planet 24 times longer than planned and traveled a total of 7.73 kilometers, twelve times more than the 600 meters which were the destination of the expedition.

However, on May 1, 2009, the wheels of the robot vehicle got stuck in a sandy area of ​​the Gusev Crater near the Mars equator.

The vehicle continued to transmit data until March 2010 when it stopped working, probably because it was overwintering in a cold place.

For nine months, engineers at NASA’s Jet Propulsion Laboratory tried to wake the robotic vehicle, but on May 11, 2011, they were forced to declare the expedition completed.

Since then, NASA’s engineers have worked hard to develop wheels that can not only run on both soft and hard surfaces but also withstand higher loads.

The wheels will probably start to be used on NASA’s robot vehicles by 2020. 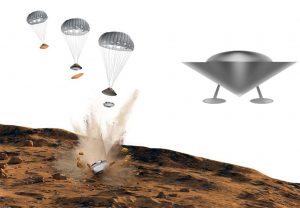 When the European Space Agency sends the Trace Gas probe to Mars on March 14, 2016, the plans are grand.

With them, the probe has the landing module Schiaparelli and together with the two forms the first part of the ExoMars expedition to investigate if there is life on the red planet.

Everything goes according to plan when the probe gets rid of the landing craft three days before arriving on Mars.

While the probe will be placed in orbit around Mars to look for molecular traces of life in the atmosphere, Schiaparelli will test the landing techniques that will be required by 2020 when ExoMars will launch an advanced robotic vehicle on the red planet.

After three days of hibernation, Schiaparelli has activated again on October 19 and begins to break from 122.5 kilometers altitude.

However, a negative altitude measurement causes the vehicle to believe that it is under the surface of Mars. Therefore, Schiaparelli releases the parachute prematurely and crashes into Mars’ red earth.

3. Suicide mission reveals the age of the rings 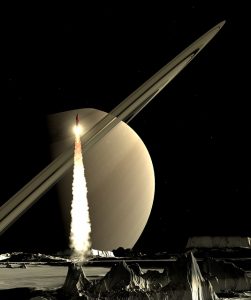 Cassini creates headlines worldwide when the probe on September 15, 2017, ends its thirteen-year expedition around Saturn and its largest moons.

Cassini has delivered a string of unique discoveries, ranging from nearly five hundred kilometers of geysers on the ice moon Enceladus to huge storms in Saturn’s atmosphere and billowing methane ocean on the moon Titan.

With it, Cassini has the landing module Huygens, which in 2005 lands on the Titan and becomes the first – and so far only – the vehicle to land on a planet in the outer solar system.

In a grand finale, Cassini in April 2017 dives into Saturn’s innermost rings.

For the next five months, the probe makes 22 dangerous journeys between the planet and the rings before finally diving into the atmosphere and burning up.

The scientific purpose of the planned suicide is to decide a multi-decade long dispute about the age of Saturn’s rings.

The researchers are currently working on analyzing the information that Cassini sent home during his final time.