Spend $10 Million to Search for Aliens: Do we finally make contact with aliens?

Congress Wants to Spend $10 Million to Search for Aliens!

Starting in 2018, the government has acknowledged funding for these projects. The sums used to find extraterrestrial life are very high.
$ 10 Million to Search for Aliens, I do not know what to believe. It is a joke or even a lot of money, maybe we have to pay for it. I know it’s a serious topic and maybe we do not have to joke, but why do we find out now. Last year we talked about much larger amounts, and I saw two lights.

How much must be paid to know the truth ?! 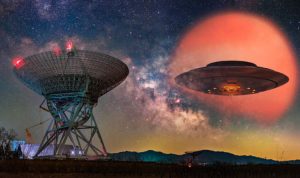 Spend $10 Million to Search for Aliens

I see things much simpler. 1. A government official makes a press conference where they talk about what they know and what plans they have. 2. We say that everything is stupid and that there is nothing, Roswell or other incidents like that.

Why it must be complicated when it can be simple.
No one wants to see the green men, we just want government communication.

We live every day with hope, if this year Aliens come, we will wait with open arms with new technologists. But as I said, at the time of the Maiasior came because our planet was clean, there was no pollution.

I honestly believe that there is a sign on the earth “Attention dangerous radiation!” and alien kids learn at school that planet earth is very dangerous. Sounds baby but I think this is the truth.

Let’s try together to show them we are not like that, let’s try to tell the humans that aliens are good and not like in Hollywood movies. I want to start a new project where we share experiences together. He wants to be more realistic. If someone tells you that they will spend some money on something, I think they definitely have that …

Will 2020 Be the Year We Find Intelligent Alien Life?

Is 2020 the heavenly disbursement year in which objects of interest have been shown to offer “technology signatures”, indicators of technology developed by advanced civilizations?

This study area was once known as exosemiotics. The most famous CETI experiment of its kind was the 1974 Arecibo message composed by Frank Drake.

On February 13, 2015, researchers (including Douglas Vakoch, David Grinspoon, Seth Shostak, and David Brin) discussed at an annual meeting of the American Association for the Advancement of Science, Active SETI, and whether they were transmitting a message to possible intelligent aliens in the cosmos idea

Previous PostThe Benefits of Jumping RopeNext PostThe Osirion – 7,000 Years Ago: The Ancient Egyptians Could NOT Have Constructed This