“100 years of exploitation – is the Lule River beyond all rescue?”

100 years of exploitation – is the Lule River beyond all rescue?

“The Lule River is a ticking environmental bomb, with a totally failed ecosystem,” writes the article authors. The picture shows one of these, Kurt Lundström, circled in red where he walks in Letsi dry run – what was previously Lilla Luleälv. Photo: Roland Boman

“The Lule River contributes a quarter of all hydroelectric power generation and a ninth of all electricity generation in Sweden. At the same time, the Lule River offers biodiversity, recreation and quality of life with mile-long dry river and ecological desert, ”writes representatives of 19 organizations

In August 2017, 19 organizations issued a petition, “Is the Lule River beyond all rescue?” With the call “In the autumn, we want the legislator’s message that the Lule River should be incorporated into Swedish and European environmental legislation”.

The Lule River contributes a quarter of all hydroelectric power generation and a ninth of all electricity generation in Sweden. At the same time, the Lule River offers biodiversity, recreation and quality of life with miles of long dry river and ecological desert.

We asked if the Riksdag and the government dare to have a different opinion than the State Waterfall? 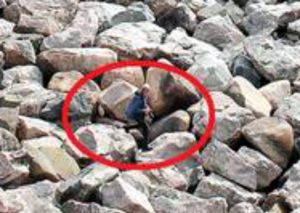 The hydropower industry, with the industry organization Svensk Energi AB and Vattenfall at the forefront, has always had priority in an unholy alliance. They have succeeded 100% in exempting the large-scale hydroelectric rivers from environmental considerations and EU legislation.

Sweden’s new water law not only exempts environmental measures but also defies the EU’s requirement that local anchoring must be done by the parties concerned before a new law can be adopted.

Jokkmokk’s municipality has been kept out of the law process. The exemptions also entail the risk of large sums of money from the European Commission.

The decision-makers have a lack of knowledge of the situation in the Lule River. They have not been there to gather the necessary knowledge.

They have not been aware of how the hydropower can, in accordance with EU requirements, be cost-effectively adapted. Both to improve the environment and enable jobs to reverse depopulation.

The new government and parliament are invited to the Lule River on a study trip on May 30, 2019. The Lule River is a national concern.

The Lule River is a ticking environmental bomb, with a totally broken ecosystem. At the same time, the nine largest hydropower producers, including Vattenfall, have set up an “Environmental Fund”.

As a thank you, these companies receive many tens of billions in reduced property tax, which with the new Water Act will therefore not benefit the Lule River.

The Lule River is double estimated. First on its hydropower, then billions are pumped from the Environmental Fund to environmental measures in southern Sweden. This must be changed. The environmental fund money from Vattenfall’s production in the Lule River must be invested locally.

In the fall of 2018, 600 signatures were collected in Jokkmokk, corresponding to one in six voting rights.

The district requires, in part, a fair share of the billion profits that are allocated to the state via Vattenfall’s electricity generation within the municipality. Secondly, the Government will immediately include in the infrastructure plan 2018 – 2029 a feasibility study, the Letsi Pilot Project, as a basis for new decisions. 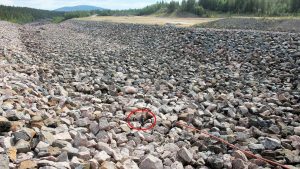 It is time for the responsible authorities to answer questions about the future of the Lule River. Those who were involved in the 1960s, when the state made promises in exchange for hydropower, are getting fewer. They, and the rest of the countryside, require the legislature to reconsider the new water law so that the Lule River is incorporated into Swedish and European environmental legislation.